So the BATFE dropped a Friday afternoon document bomb on the 13th proposing to ban M855 ammo on the basis that it's armor piercing.  Which it isn't.  Either in practice or by the legal definition of armor piercing.  Basically, they dropped a 17 page PDF justifying how they make up new law out thin air.  Loosely translated, let me boil their 17 pages down to one sentence: "Fuck you, because we can".

Hat Tip to Bob Owens for this link to Twang and Bang's video.  He makes the excellent point that the cartridge on the left here, 223 green tip, is being defined as armor piercing while it won't, whereas the 300 Win Mag cartridge in his other hand, which will blow through plate armor through the body and through the armor on the back side, is not being ruled armor piercing.  According to the new BATFE definitions. 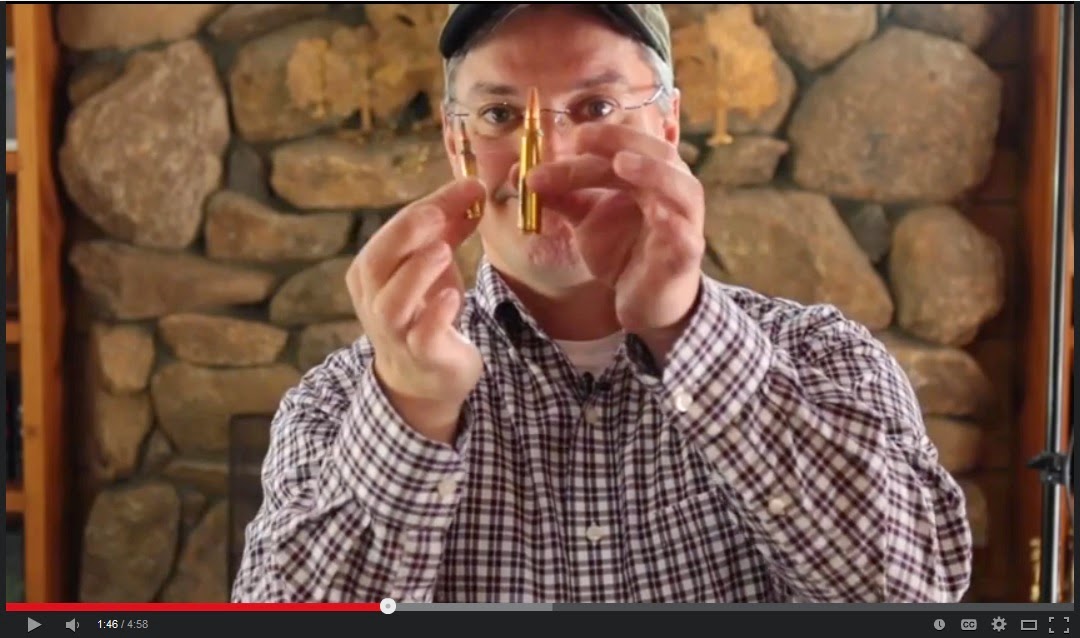 Of course we should all send comments to that BATFE-EI-EI-O, as well as our Senators and Congresscritters.

I emailed BATFE on Friday and filled out both Senator Rubio's and my representative's online contact forms.  I recommend you do the same.

But I can't help but wonder, why this, why now?  Is it just because they can?  Try to get more money into the political pig troughs by getting people to contribute more?  To me, this is a pretty open and shut case.  This should be overruled by any judge who reads the law as it was written.  To be armor piercing, the bullet must be:


a projectile or projectile core which may be used in a handgun and which is constructed entirely (excluding the presence of traces of other substances) from one or a combination of tungsten alloys, steel, iron, brass, bronze, beryllium copper or depleted uranium; ...

Green tip is a conventional lead bullet with some steel added at the tip.  Therefore, if you read laws logically, M855 falls out at this step and isn't considered armor piercing.  Case closed, all hand waving aside.

So why bother?  Just to see who they get mad?  See who writes?  Or are they pushing something else through with the other hand?  I looked around other places and didn't see anything else mentioned.  I mean, everyone knows about the Internet takeover vote coming, so they're not distracting from that.  Since any BATFE ruling and writing our representatives brings up the chance, I made sure to bring up Fast and Furious with both my senator and congressman.  I reminded them this was the agency that thought running guns to the most vicious drug cartels in Mexico - with no way to trace or track them - was a good idea, and that didn't imply they had much in the way of good judgement.   Did they think we wouldn't bring up F&F?  Or do they just not care?

Keep an eye out.  If there's more than one of us looking for whatever else they might be doing, bring a link here!