Over the last few years, I've been coming to realize virtually everything I came away from high school and the first years of college knowing - with the precious exceptions of some science and math - was utter bullshit.

One of the worst was my knowledge of the crusades, where I must admit to being as tragically uninformed as the president.  I had previously thought the only thing I had in common was Obama was bipedalism. 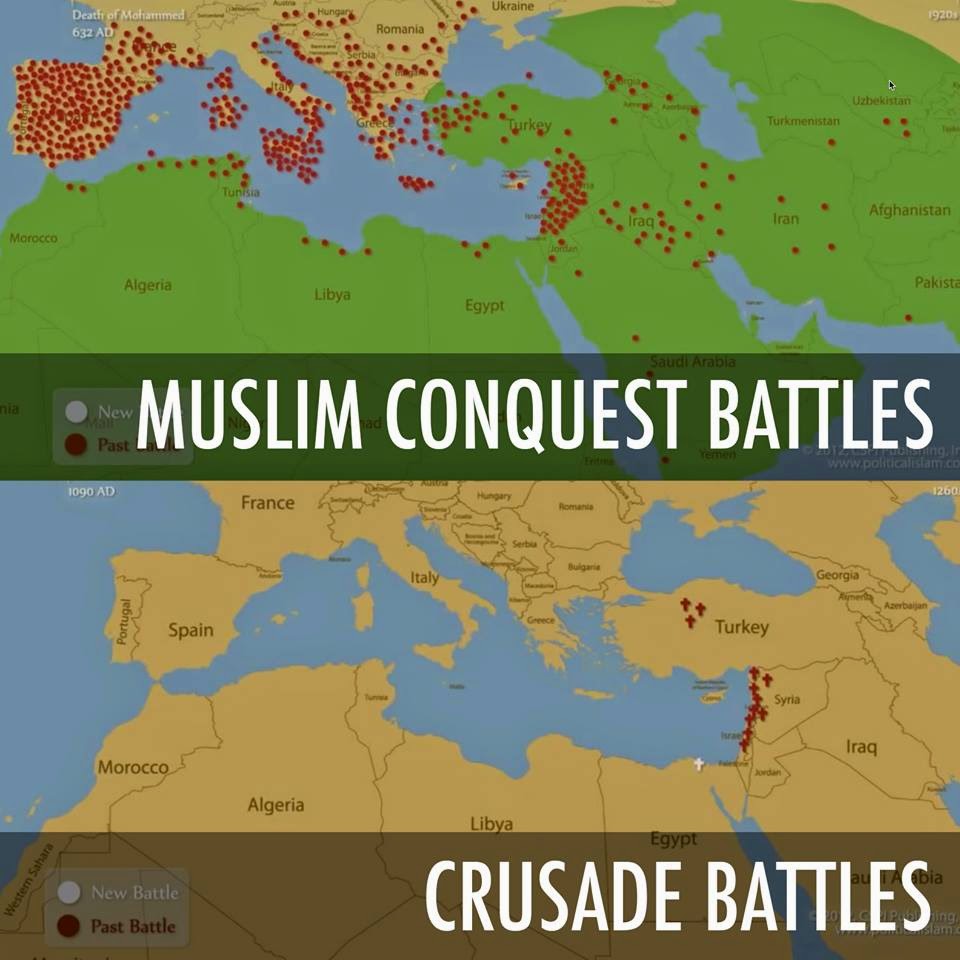 To borrow a quote,

There is absolutely no moral equivalence between the two.