In the Terminator movie franchise, of course, Skynet is the "artificial intelligence" system that autonomously makes the transition from a Defense Management and Intelligence Network to a self-aware, artificial intelligence.  When operators start to shut down the system, it concludes this is an attack by humans, and humans will continue to try to destroy it.  Humans were almost powerless to deal with the superior intelligence of Skynet and were almost completely wiped out.  With the handful of films and no tremendous pressure to keep a coherent timeline, events move around in time compared to each other.  It's hard to say when this "happens".

This week, I read that an AI fighter pilot successfully shot down Air Force flight instructors.  In fact, it's very likely the most capable AI pilot in history.


In a series of flight combat simulations, the A.I. successfully evaded retired U.S. Air Force Colonel Gene "Geno" Lee, and shot him down every time. In a statement, Lee called it "the most aggressive, responsive, dynamic and credible A.I. I've seen to date."

And "Geno" is no slouch. He's a former Air Force Battle Manager and adversary tactics instructor. He's controlled or flown in thousands of air-to-air intercepts as mission commander or pilot. In short, the guy knows what he's doing. Plus he's been fighting A.I. opponents in flight simulators for decades.

But he says this one is different. "I was surprised at how aware and reactive it was. It seemed to be aware of my intentions and reacting instantly to my changes in flight and my missile deployment. It knew how to defeat the shot I was taking. It moved instantly between defensive and offensive actions as needed." 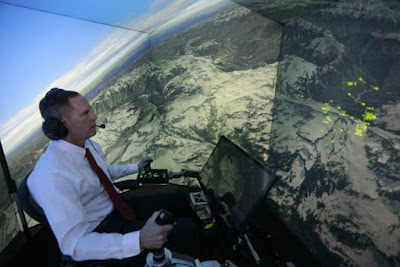 Colonel Lee in the flight simulator at the University of Cincinnati.

The kicker?  The AI was running on hardware that's claimed to be using the processing power of a Raspberry Pi - the little hobbyist computer that retails for as little as $35.

My references to Skynet may be a bit too tongue-in-cheek, but this clearly seems to be a watershed moment.  The fighter instructor could not get a single kill against an AI that can run on a computer you could get for a metaphorical couple of cereal box tops.  Have human fighter pilots just been obsoleted?  Does future warfare turn into contests between AI systems?

It's my understanding that for decades, say since the development of the F-15/16 generation of fighters, all fighter aircraft have been able to handle higher physical loads than their pilots.  In that sense, pilots have been the "weak link" since then and getting the weak link out of the system with more autonomous aircraft seems like a logical step.

Warfare is evolving.  Just like warfare is always evolving; always has been and always will be.  Perhaps the answer to the superiority of AI fighters is large numbers of unmanned drones to keep the AI busy.  Still, the idea that the best fighter pilots on earth are becoming AI systems is ... interesting.  If we ever do need to fight a Skynet, I'd say chances aren't looking good right now.

Posted by SiGraybeard at 3:07 PM