Think Tom Cruise in Minority Report in front of projected computer screens floating in space, controlling commands with gestures of his partially-gloved hands. 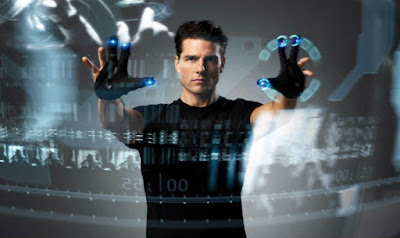 The idea of wearable consumer electronics is still climbing the Gartner Hype Cycle, with lots of press regularly being devoted to products coming out, but the wearable segment is still plagued by a lot of disinterest from potential users.  With two exceptions: smartwatch phone interfaces and fitness monitors, there really hasn't hasn't been much interest in wearables.

Electronic Design News spends several pages talking about the development of Thalmic Labs’ Myo gesture-control armband.  Of the miscellaneous other sorts of wearables, gesture control and other human-machine interface devices seem the most popular.  It could be argued that movies like Minority Report may well have inspired us with its portrayal of mid-air computer control, but the attraction of gesture control is genuine, as we look for different ways to communicate and interface with our machines.  These are complicated devices, though.  To get something like this onto the market requires development of lots of hardware, plus the software to control and interpret everything.  Without proper packaging, though; a system that can be worn comfortably and work flawlessly, it's nothing. 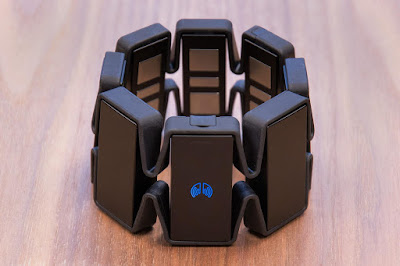 Unlike Cruise's gloves, the Myo is an armband.  The band has six channels of data flowing: accelerometers in X, Y and Z along with rotation information on all three axes.  (There's also temperature and other information necessary to get repeatable readings).  Each channel (X, Y, Z) includes compasses to understand their positions in space.   That means the Myo contains a nine-axis motion-tracking device.  The Myo needs to communicate over a radio link with the systems that it will control, so that it remains wireless.    It's a long road from proof of concept to final package, as it’s fundamentally just not easy to put circuit eight boards together, wire them all up, and still make something that's “wearable” and aesthetically pleasing.

The Myo appears to be on the verge of being unleashed as a product.   There's quite a bit of detail at the EDN article, including several tear down photos so you can see what's in one.  It's an interesting (not-so-) little product.