Seems to have been a really poorly planned operation.  It's like the rebelling forces never considered they might have to fire on crowds.  I'm watching video of crowds of civilians attacking tanks and pulling soldiers out of them to beat.  At least one beheading has been reported.  But tanks are kinda hardened targets, right?  Kinda well armed.  Did they never think they might need to crank up their automatic guns and spray around themselves?  Is this their version of taking the high road?

The oddest aspect seems to be that the cleric being blamed/credited as the motivating force behind the coup, Fethullah Gulen, is living in the Pocono Mountains for Pennsylvania.  There, of course, is the usual blame/denial circle in process.  Turkey says, "Any country that stands by cleric Gulen will be at war with Turkey," and says we are failing to extradite him.

It doesn't seem to be a surprise then that the American Incirlik Air Force Base has had its power cut and been sealed off from the outside world.  The US consulate is telling US Citizens to avoid the base.  The Turkish military is apparently denying the right to fly in and out of the base for "anti-ISIS coalition airplanes".  Does that make everyone on base hostages to the Turkish government right now?  Are they going to shoot down any US planes going into the base with supplies, or on health and welfare flights?

What happens if Turkey tries to take over the base by force?  I think that would underline the "at war with Turkey" statement from the Turkish foreign minister.

Incirlik houses American nuclear weapons.  They are as ready to use as any nuke deployed anywhere.  Does Turkey let ISIS become armed with American nukes?

This could get really ugly, really fast, depending on how hot-headed the Turkish military gets. 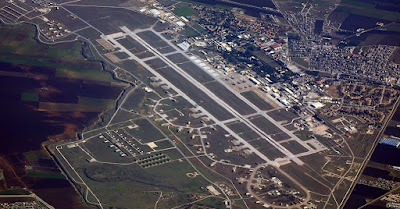