A Shot Back at Google/YouTube Censorship

By now, everyone has heard horror stories about YouTube refusing to allow some small gun channels, like The Firearms Blog, and Royal Nonesuch to monetize their channels with ads.  I hate ads as much as the next guy, but I understand that for someone with legitimate costs for putting content on YouTube ads may be the only way they can make up some of those costs.  My YouTube channel has been unaffected, as far as I know, but I don't make any attempt to monetize it and it's essentially an extension of this blog.  Aside from a short video of cutting out the fire control pocket on an 80% AR lower, there's no gun content and no political content, so perhaps I'm under their radar.

It's worse than just shutting down small gun video guys; they're also censoring or even refusing to run videos from people with conservative viewpoints, or restricting them to their equivalent of XX rated.  Bill Whittle's channel has posted about this, as have comedian Steven Crowder and others.

The latest to suffer being shoved aside by YouTube is Dennis Prager, whose Prager University produces short, high content videos with a strong moral and conservative viewpoint - what everyone over the age of 40 grew up hearing as "common sense".  Unlike everyone else, Prager apparently has the resources to sue YouTube and Google for discrimination. On his own website, Prager lists a very short explanation:


Little David, PragerU, is taking on the mighty Goliath, Google/YouTube. It’s a free speech issue. Google is restricting over 30 PragerU’s videos for being violent, pornographic and unsuitable for children — no kidding. This is nonsense, of course, the real reason PragerU’s videos are restricted is ideological.

He then links to a longer explanation on Fox Business.


A lawsuit filed Monday evening in federal court in San Francisco says YouTube's more than 30 million visitors a day make the site so elemental to free speech in the digital age that it should be treated as a public forum. The suit argues the site must use the "laws governing free speech, " not its own discretion, to make decisions about what to censor.
...
Since last year, more than three dozen PragerU videos -- on subjects including the Korean War and Israel and Palestine -- have been restricted by YouTube. As a result, those who use YouTube in "restricted mode," including students at some universities and children whose parents have put parental control filters in place, are prevented from seeing the videos; all potential ad revenue from the videos is also cut off.

I can't say that I've watched all of PragerU's videos, or even most of them, but calling them violent, pornographic or unsuitable for children doesn't sound like anything I've seen.  PragerU videos may touch on non-PC subjects, like why murder is wrong, or question that some cultures may actually be better than others, but being politically incorrect is not pornographic, nor violent, and may - horror of horrors! - lead children to think.

YouTube, like all online and broadcast media, has been hammered by well-orchestrated campaigns by groups like Media Matters, a far left organization that was founded to destroy Fox News and destroy any media voices they disagree with.  That's not me saying it, that's Fox News' liberal analyst Juan Williams.  And, yes, Media Matters is another one of George Soros' trained monkeys.  They apparently ran the campaign to get Bill O'Reilly kicked off the air, one of their biggest victories.

One of Media Matters favorite tactics is to threaten companies with boycotts if they advertise with one of those voices they don't like.  If they convince YouTube not to allow those "icky gun videos", they're going to hurt TFB or Demolition Ranch, but Springfield Armory or Savage or any of  the other gun makers are going to still be there.  Their YouTube channels are part of their advertising budget.  They're monetizing YouTube, not the other way around.

Organizations like Media Matters and the rest of Soros' harem have focused world governments on the internet and turned the issue of censorship into government regulation issues - which is just what a globalist like Soros wants.  As Juan Willams says, "There are many words one could use to describe Media Matters but there is one thing they are not: liberal", and he's absolutely right.  They're tyrannical, One World Government types who want power over everyone.  Dictators don't care about your free speech, only their own.

Sharyl Attkisson wrote a very interesting sounding book about Media Matters (among others) and their tactics called, "The Smear", subtitled, "How Shady Political Operatives and Fake News Control What You See, What You Think, and How You Vote".  She's a victim of The Smear herself, and it's an interesting interview to hear her talk with Glenn Beck - how Media Matters got him off Fox is part of her book.

Like it or not, this has turned into an argument over YouTube as a public utility, which invites the heavy hand of government and that almost never ends well. 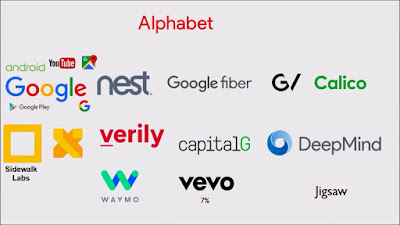 The swarm of companies that all emerged from or were absorbed into Google - YouTube was one of the first, IIRC.  Now they're collectively called Alphabet.