Trying To Figure Out The Post-Google/YouTube World

I spent a bit of time today trying to figure out what the post Google/YouTube world is going to look like for me.  It's not really clear, yet, but here are some ramblings.

YouTube:  I have one real gun video up there,  cutting the fire control pocket on my 80% AR.  The name of the file isn't likely to attract attention, but the description specifically says that's what it is: "A short segment of milling the fire control pocket on an AR-15 lower receiver. The mill is a CNC Sherline/A2Z CNC mill under control of Mach3."  I suspect that they're going to delete it.

This isn't about "monetization" that drove guys like Hickok45 over to Full30.  Taken at the literal word of what they're saying, any or all of the firearm companies will be gone on April 1st, or soon thereafter.  I subscribe to Springfield Armory, Sig Sauer, and Savage;  the "black letter" text of YouTube's policy says those company sites will be gone.  My AR-15 video has 9567 views in seven years, so it's not exactly viral (but it's not exactly exciting, either).  I think it's safe to say nobody involved, from me to YouTube to anyone in the universe, made a fraction of a penny off that video.

What bothers me the most about YouTube is that they're going to stop being a source of information on how to take down new guns, reloading, or anything related to the vast majority of things to learn about guns.  It's not just that they're removing all references to hobbies or interests they disapprove of, it's that they're definitely "othering" us.

What YouTube is doing is nothing new for YouTube or media in general.  No Lawyers - Only Guns and Money links to a good column by Jim Scoutten on The Shooting Wire with some good perspectives on this.  Take my video with a dinky 9500 views.  He points out some stats on the very high quality "Night of the SAINT" video series Springfield Armory produced for the product release of their SAINT AR-15.


One major firearms company commissioned a reality series of episodes, with a group of selected women competing in physical and firearms challenges.  It was nicely, and expensively, produced and might well have made a successful TV show.

But in one full year of promotion of the series through Internet advertising placement, the viewership of the seven episodes has averaged a hair over 6,900 interested watchers.  Not 69,000 that might be the household reach of an outdoor category television show in a single airing, and definitely not Internet viral, matching the millions of views of the latest cat video on YouTube.


The major broadcast and cable channels have prohibited any form of firearm advertising for years.  25 years ago we struggled with ESPN in the first year of our gun show series when Colt was a sponsor, but couldn’t advertise their guns.  Since then we’ve moved three times to new networks as each was taken over by anti-gun New York City-based owners. We’re pleased to make our television home now on the pro-second amendment Outdoor Channel.

So do I take down my 25 videos and tell YouTube to take a hike?  That will break every embedded link I have here.  Then where do I put those videos?  Only one fits on a gun video site; the other 24 are machine tool related.  I have no particular reason to take down those 24 videos except that I dislike YouTube as a company for how they're punishing us for the actions of a psycho.  Who's the number two video site: Vimeo?  Which then flows to the bigger point: where do I go for videos on things like fixing a printer, or replacing a window.  YouTube has done both of those for me over the years. Vimeo appears more interested in art than that.

What about Blogger?  I just had my 8th anniversary, so there's a lot to move.  I need to look into finding a hosting service.  I don't care about a lot of features that a business might want to have because I'm not a business.  I need a blog with an email address and a place to host a couple of gigs of old postings.

The rest of the companies to avoid or encourage is still too unsettled for me to know if it's all done.  Dick's is out, but I haven't been there since the last time they got stupid about ARs; I don't have a Citi card; I think Visa was good, Bank of America was stupid; don't rent a car from the major chains, but I have trouble keeping them straight.  It's getting hard to figure out which businesses are opposed to freedom and which ones are OK. 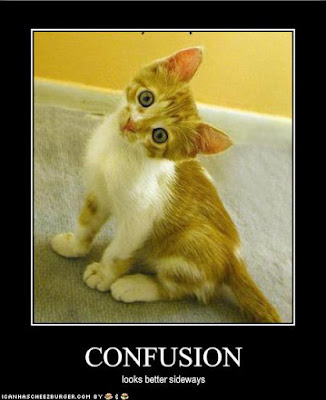