Not a horror story from the Mideast perpetrated by ISIS, but a reminder of a column I wrote well over 6-1/2 years ago.

The Weekly Standard reports in it's September 17th edition about a push in modern medicine to allow organ harvesting from living people.


In its September 6, 2018, edition though, NEJM has outdone itself. With Belgium and the Netherlands already allowing the conjoining of organ donation and euthanasia, and with Canada debating whether to follow them off that moral cliff, the journal has published a radical proposal that would demolish the ethical foundation of transplant medicine—the “dead donor rule.”

The rule requires that donors be declared dead before vital organs are procured and that the surgical transplant procedure not be the cause of the donor’s death.

In the NEJM piece “Voluntary Euthanasia—Implications for Organ Donation,” Dr. Ian M. Ball and bioethicists Robert Sibbald and Robert D. Truog urge that those rules be loosened in countries where euthanasia is legal.


Although some patients may want to be sure that organ procurement won’t begin before they are declared dead, others may want not only a rapid, peaceful, and painless death, but also the option of donating as many organs as possible and in the best condition possible. Following the dead donor rule could interfere with the ability of these patients to achieve their goals. In such cases, it may be ethically preferable to procure the patient’s organs in the same way that organs are procured from brain-dead patients (with the use of general anesthesia to ensure the patient’s comfort).

Looking back at my piece from 2012, it's remarkable how similar its predictions are to today's situation.  In that piece,  bioethicist authors in the Journal of Medical Ethics were saying that “killing by itself is not morally wrong” and that killing a human was no different than killing a weed.


“[I]f killing were wrong just because it is causing death or the loss of life, then the same principle would apply with the same strength to pulling weeds out of a garden. If it is not immoral to weed a garden, then life as such cannot really be sacred, and killing as such cannot be morally wrong.”

Today we find that legal euthanasia in Belgium and the Netherlands is not limited to the terminally ill. In Canada, the euthanasia patient’s death need only be “foreseeable,” whatever that means, and even that vague limitation is under court attack.


Conjoining euthanasia with organ donation would thus send the insidious message to vulnerable people that their deaths have greater social value than their lives. For the particularly vulnerable, that could be the point that tips their decisions. Moreover, following the path the authors urge would transform a life-saving medical sector into one that also ends lives, imposing on transplant specialists the dual role of both healer and killer.

Today, as in that 2012 story, the advocates in the New England Journal of Medicine are saying it's not killing to take the organs out of someone who is of no use to society.  In the 2012 article, they referred to people who have no abilities.  The NEJM piece depends on an invidious health-care rationing measure known as the QALY (“quality-adjusted life year”), which is an almost identical concept.  Adoption of the QALY has the effect of limiting care to the disabled and disadvantaged whose lives are bureaucratically rated as lower in quality than the lives of others.  If a 35 year old lawyer or other professional needs a liver or a kidney, it's not unethical to whack a 70 year old or a 10 year old to get one - even if that person isn't done with it quite yet. 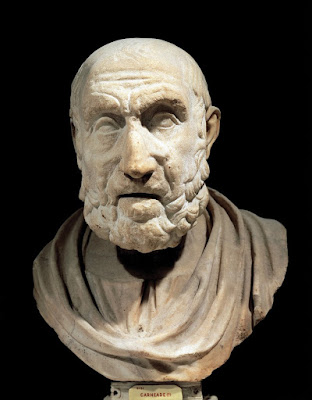 This is stepping too far for me.  To argue that it's not immoral to kill someone with impaired or nonexistent abilities leaves the gaping question of "who decides?"  Who defines what abilities allow someone to live?  In my view, bioethicists have no marketable abilities and are only employed because they're in a society so rich it pays for people to come up with ideas like this.  Does that mean it's ethical to kill bioethicists?