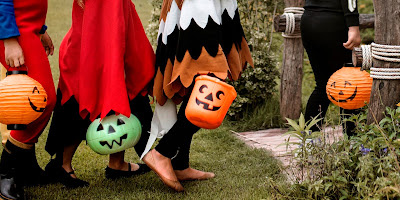 Halloween trick or treaters, from the FEE article.