New Year's Eve is upon us, and I just want to wish all of you a happy New Year.  I don't know about you, but I'm about sick of the "2018 in review" shows on TV, so I'll just post a little about my year in review.

2018 was my third full year of retirement.  The important things in life were all good - all stable.  Although family is smaller than it was a few years ago, we lost no one.  No one in the family had major medical issues.  I helped my big brother make some positive impacts on his diabetes, dropping his diabetic markers closer to the normal range, which probably makes me feel better than it does him.  We lost a friend, and others were and are hospitalized.  It makes you appreciate every day all the more.  An old joke has come true.  Every now and then I think I'd like to go to work, but if I lie down for a while that thought goes away.

Retirement is a relatively new concept in society, at best a couple of hundred years old, and it's evident that society (in some sort of nebulous, society-at-large sense) is having troubles with it.  See "underfunded pension plans" with your favorite search engine.   Whenever someone asks me how I like retirement, I tend to say, "I recommend it to everyone".  It does take a little getting used to, but all changes in life do.

Regular readers will know that my shop time for the first half of the year was mostly spent on my Philip Duclos Fire Eater Engine,  starting not long after that February 17 posting and finishing at the end of September.  I've only run it a few times after than video and never took pictures of it.  After that, I got started on a few projects to make things better, and I'm more or less sequencing through them.  Of course, I've posted lots on the CNC Threading - including yesterday - and I have the lumber to build the new front for my mill enclosure.  That wood has been sitting for weeks.

Although I can and might change plans before then, my next build is likely to be what's called a Webster engine, an internal combustion, one cylinder, model engine that was designed by a guy named Joe Webster.  Joe graciously released his plans to the hobby modeling community.  This is a screen capture from one video, by a YouTuber calling himself PatPending. The exact way these are built varies, as you can tell by searching YouTube for the Webster engine builds, but the plans are available for download and I'm likely to go by the plans.  Unless something looks really cool.  Or another project grabs my attention. 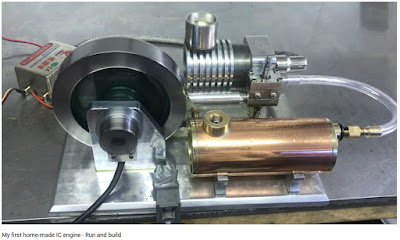 There have been regular intervals of time off to fix things around the house.  I've written about some of them, like "vacuum cleaner day" and about my odd problem with a ground fault indicator that kept tripping for no apparent reason.  That hadn't tripped since about late September when I took a couple of surge protected power strips out.  I went to non-protected strips but put one of the "pulled ones" back in service earlier in the month when I needed an outlet strip with a longer power cord and that same GFI has tripped twice in the weeks since.  The first time was 12/20, in a period when we had lots of rain.  The other time was Christmas; more precisely sometime between Christmas Eve around evening when I shut down the shop and the day after Christmas when I went back into the shop.  No rain, no cold, if anything it was too darn hot for that two day period.  That makes me think that this particular surge protected strip might be the culprit.

I wish you all a happy, prosperous, safe and free New Year!  Remember, if you drink, don't text and if you text, don't drive.  Or something like that. 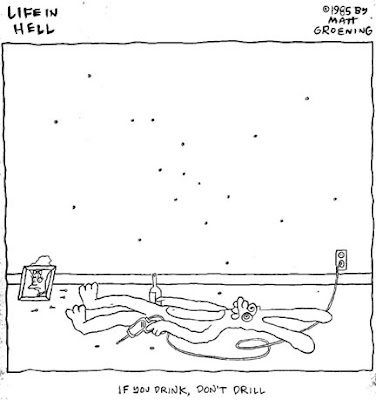