Troubleshooting as an Away Game

As regular readers know, I'm a retired engineer.  Electrical engineering is a broad field so people tend to develop specialties.  Mine was radio frequency circuit design, more specifically receivers, phase locked loop frequency synthesizers, the automatic control loops commonly used in receivers and transmitters, and electronic filter design, from DC to about 14 GHz.  This is what I consider my home field; fixing broken radios, both transmitters and receivers, is my home field advantage.

For the past couple of months I've been playing an away game, troubleshooting in a specialty of electricity and electronics is so far from my specialty that virtually nothing I learned in my career is useful here, except the big picture aspects.

I'm troubleshooting an intermittent failure in my house's electrical power distribution.  Finding a ghost, if you will.

When we had the addition built onto our house for the shop back in 2014, the general contractor subcontracted to some electricians who wired the entire shop.  The AC outlets were divided into two branches largely along the west and east walls.  Each circuit is on a 20A breaker and each side had a ground fault interrupter.  Once or twice in the intervening four years, the west wall breaker would trip.  In the last few months, that started becoming more common and started to become a problem.  The east wall breaker has tripped much less often.  I can only really recall once, which was on a night a couple of months ago when both GFIs tripped.

To be clear, nothing is completely broken, in the sense of not working.   I'm not completely sure, but I think the most often it has ever reset in a single 24 hour day has been twice.  Most of what I'm trying to troubleshoot is something that happens at random times no more than once a day.  It has gone weeks without tripping.

While I have general electronics troubleshooting tools; a few digital multimeters, and an oscilloscope, most of the rest is more specialized for radio testing.  I don't have any specialized tools that an electrician might carry.

I do have a lot of hours troubleshooting intermittent problems and know the general method is to try to make the rare failure happen more often.  Failing often would be good.  Breaking it permanently, for once and for all, would be better.  As a general rule, you try to figure out what's causing it to fail and do it more often.  If a radio or computer fails when it's cold, you spray it with freeze mist to find out which sections are sensitive to cold.  If it fails when it has been running a while and gets warm, you use a hot air gun.  If a radio fails during vibration testing, you tap it with a rubber mallet. 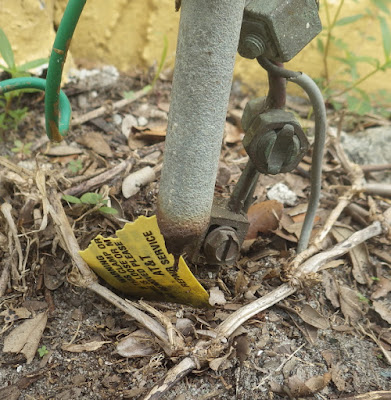 What I've ended up doing is spending time looking for stories about things that cause GFIs to act strangely and do things like this.  Someplace I read said that refrigerators or freezers shouldn't be plugged in a GFI circuit because ... some reason that sounded plausible.  So last Sunday I removed the east side GFI outlet and replaced it with a conventional outlet.  Then I took the east side GFI and replaced the west GFI with it.  Comparatively, the east side GFI was much less likely to trip.  It took two days for it to trip on the west side.

I have basic knowledge of how these things work, and nowhere near enough experience to look at something that's bad and know where to start looking.   "Away game" is probably too lame a comparison.  AC house power follows the laws of current and voltage I'm familiar with, but everything else is its own language.

All suggestions will be appreciated.