Thar's Gold in Them Thar Hills That Thar Poop

San Francisco has a poop problem.  I know everyone has heard that.  The city gets an average of 65 complaints every day about poop in the streets: 14,597 calls placed to 311 between January 1 and August 13, according to the San Francisco Chronicle, making one of the most expensive cities in the US among the worst in the world for cleanliness and hygiene.  That's not even counting the discarded needles.  According to Business Insider, the city plans to respond with what's being called 'the Poop Patrol'.


Starting next month, a team of five employees from the Department of Public Works will take to the streets of San Francisco's grittiest neighborhood, the Tenderloin, in a vehicle equipped with a steam cleaner. They will ride around the alleys to clean piles of poop before citizens have a chance to complain about them, the Chronicle reported.

ZeroHedge reports that the poop patrol will be fairly lucrative work: the city has allocated over $100 Million to fix things.


After quoting Mayor Breed, who acknowledges, “We’re spending a lot of money to address this problem,” the following San Francisco Public Works budget items are presented:
And crucially, there's now "the new $830,977-a-year Poop Patrol to actively hunt down and clean up human waste."

The SF Chronicle casually notes in parenthesis, "By the way, the poop patrolers earn $71,760 a year, which swells to $184,678 with mandated benefits."

What would they have to pay you to clean up poop all day?  $71,760 with full city benefits, probably including retirement, all the insurances (health care, dental, etc.) and ample holidays might sound pretty good.  Most people don't end up getting paid 2-1/2 times their pay in benefits.  I'm sure they're generous benefits.  If you have no particular skills, this might be the best pay you'll ever get.  In fact, even if you have a decent job, this might be the best pay you'd ever get.

It begs the question of whether one can live on $71,670/year in San Fransicko.  A 2015 article on Investopedia makes me think it's possible. 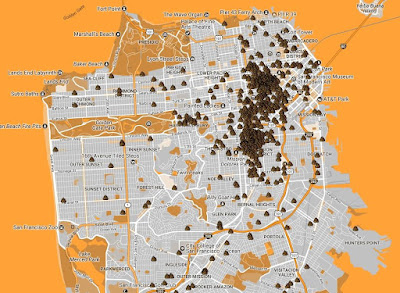 Like most of you, I have ideas about how to permanently solve this issue without spending $100 Million a year, but those ideas would get me accused of being a Hatey McHater just hating on those poor, innocent homeless people.  With worse hygiene habits than the slums of Calcutta or Rio de Janeiro.

Labels: banana_states, commies and other idiots, enviro-nuts and flakes