An End to the Sliming


Today was the Florida primary election, meaning the last week has been almost back-to-back telephone calls.  We've actually had opponents of each other call back-to-back, and the snail mail for most of the last week has brought six to 10 large photo postcards every day.  The primary being over will bring with it a blessed end to the non-stop, neck-deep slime we've been assaulted by for months.  For a few weeks.

This election season has been negative, vitriolic, and slimy.  There might have been worse, but this one has been among the worst I can recall.  It started early, too.  Today's primary (or for the last 10 days for those who do early voting) is for our local state representatives, senator, judges, and then for US senator.

It's hard to peg the most vicious race.  The big name race has been the competition for our liberal senator's opposition, and features soon to be ex-governor Rick Scott against a joke candidate.  Seriously, remember Pat Paulsen?  He has nothing on Scott's opponent "Rocky" De La Fuente.  Our state representative is a "career politician" type who has bounced between jobs up in Tele-hassle, taking one term limit and moving to the next two term job on his name recognition.  He's one of the Stupid Party insiders who sold us out after Parkland and needs to go.  His opponent has run before as a Libertarian, but moved to the mainstream party this time.

The most surprisingly bitter and slimy race was for our county commissioner.  The incumbent was challenged by a former commissioner who used to live in a different district and has now moved to the one I live in.  She was well known for fiscal restraint, sanity and discipline, and I would think she has a good enough reputation to just get her name out, but aside from a brief but pleasant chat when she knocked on the door, I've heard virtually nothing pleasant or positive out of her campaign.  I wouldn't doubt that we got a stack of the glossy mailers over a foot tall between her and her opponent.

Long ago, like 35 years or so, I decided that a good rule of thumb was to not vote for the first candidate to sling mud.  Like all "zero tolerance policies" or rules of thumb, it's not right all the time, and should be used with some commonsense, but it's a pretty good indicator.  In this case, with both of them being negative 99% of the time, it basically came down to picking the least disgusting candidate - truly trying to pick up a turd by the clean end - holding our noses and vote.

The candidates all act like there's a template they're filling out.  They all act like if they just say the same handful of buzzwords, or buzz phrases, they win.  This year's buzz phrases include:
With a surprising amount of
The coveted endorsements seemed to come from our departing Attorney General turning into TV personality, Pam Bondi, and the "Republican Sheriffs".  Whoever the campaign consultants are this year, they've apparently convinced everyone this is the winning formula because they all say the same things.  Not that there's anything wrong with any of these, but if you're trying to distinguish yourself from other candidates, it's not working.

I'm looking forward to the slime going away for a while.  Of course, we transition to the mud slinging for the November general election, and it'll resume a few weeks.  I'm going to move the recycling bin right next to the mailbox so that campaign literature can just be directly dumped from the mailbox into the recycling can. 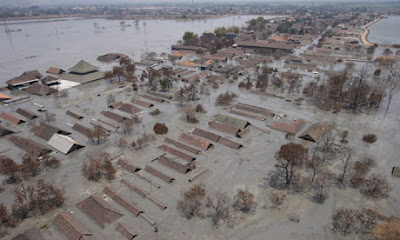 (The famous Indonesian mud volcano has nothing on the mud these candidates are slinging).

Sigh... a check of the county election results shows the candidates I most wanted to go away won their races..