If you're old enough to remember 1964, the big story in March and April '64 was the murder of Kitty Genovese in New York City.  The part of the story most people talked about was the late March report by The New York Times that 37 witnesses watched the attack but didn't intervene or even call the police (Ms. Genovese had been murdered two weeks before that article).  Almost instantly, the phenomenon of "The Bystander Effect" winked into existence and has been considered a psychological effect ever since.

But is it a real, common, psychological effect?

Economist Tyler Curtis at the Foundation for Economic Education, FEE, looks into the details surrounding the effect.  It's probably not what you think it is.  Let's start here:


The story was widely circulated in the media, but later research revealed that it was mostly false. Far fewer people witnessed the attack than was first reported, at least one of the witnesses did contact the police, and some of the witnesses only heard screams but could not actually see the murderer or his victim.

The New York Times publishing fake news in 1964?  This is my shocked face, right?  The reality was that there were far fewer than 38 witnesses; the History.com article only talks of two, mentions them by name, and the second one called the police.

Research published this month, "Would I Be Helped" puts the concept of the Bystander Effect on very shaky ground.


After reviewing more than 200 videos of real-life altercations in which bystanders were present, a recent study revealed that at least one bystander intervened 91 percent of the time. Far from discouraging individuals from helping, the researchers concluded, the presence of bystanders actually increased the probability that someone would intervene, precisely the opposite of what the theory of the bystander effect would predict.

A multitude of previous studies has yielded similar results. As Brit Garner notes in a video for SciShow Psych,


A 2011 meta-analysis of more than 50 studies also showed that if the situation is dangerous, like if the perpetrator is still there, people are more likely to help if there are bystanders.

In other words, having an audience encourages heroism.

We can add nuance to this.  With a group of bystanders, there seems to a time lag while everyone waits for someone to do something first.  I suspect most people are going through the reality lag that gets so many killed in a disaster or other emergency; their brain is stuck on, "what's going on?  why is this happening?"  Simply the events are so far out of day to day experience that their brain stalls while trying to understand.  In first aid classes, (I assume some of you have taken these), a common instruction is to point at someone and single them out, saying, "you - call 911" instead of just saying "someone call 911" to help bring them back to reality.

I view this as another example of bad science being cleaned up.  To the extent psychology can be considered a real science.  In reality, when faced with an emergency situation, most people will attempt to help those in need.  The finer point of helping when you're armed and a conflict happens in front of you is "beyond the scope of this lesson". 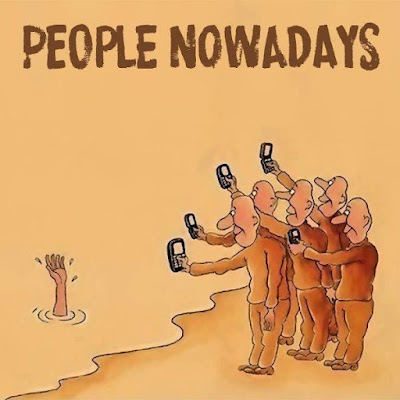 Labels: Events, lost and profound, what?