Snippi Longstocking is Gonna Hate Me

Hat tip to Borepatch, for the first time I came across that memorable nickname for Greta Thunburg, the autistic, Swedish, high-school dropout and globe-trotting, full-time wokescold.  Greta gonna hate me.

I did my holiday travel by SUV, and according to Oak Ridge National Laboratory (motto: “we're from Tennessee so we're not all Nuckin' Futs.”) and posted on Political Calculations blog, the least fuel efficient way to travel is by light truck; the category which includes SUVs.

On this chart, produced by Political Calculations from the data linked here, lower is better. 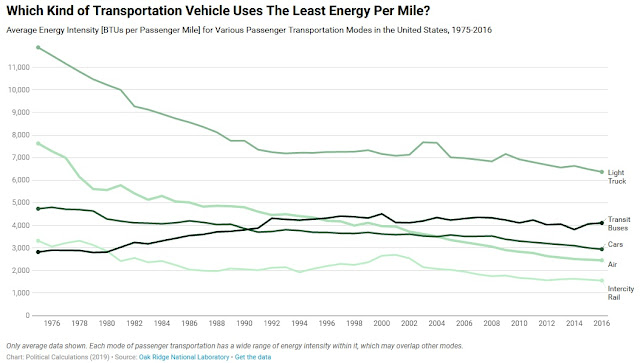 The chart shows BTUSs per passenger mile for the 40 years from 1976 to 2016.  As you can see, light trucks are at the top - the worst fuel economy.


In the chart, "Light Truck" refers to any two-axle, four wheel truck, which would include anything from pickup trucks to SUVs. "Air" refers to commercial air travel, while "Intercity Rail" in the U.S. means train travel via Amtrak.

It should be mentioned that each category is an average of everything they measured in that vehicle class.  Air travel has improved, as noted, but SUVs have improved by a bigger percentage.  Most of that was by 1991.  It's a safe bet that today's jets going into service have better fuel economy compared to 1976 jets still in service, just as today's SUVs will when compared to any 40 year old SUVs on the road.  Mine's an '09, which is right where the line jumped up (got worse) for the second to last time.

Snippi gonna hate me.  Not that I care.

(Note, that Oak Ridge file has an odd name and no extension, but if you look at it, you'll see it's a CSV file - Comma Separated Variables - that any spreadsheet program will read.  Just re-name it with a .csv extension and you'll be good.  I'm using one of the free spreadsheets, Libre Office, and it imported the file with no problems.)

Besides, she's a time traveler and just passing through.  You've seen the picture, right?  Several excellent pictures at that article. 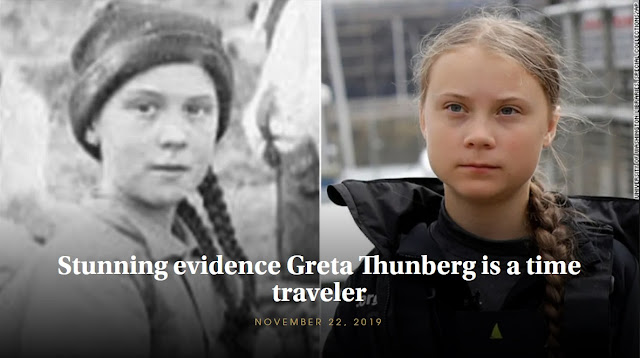 Edit 2050 EST:  Forgot to add one of the links I should have linked.