There are Few Good Parts to Being an OF

You'd think in a world that seems well balanced in so many aspects that we'd gain something for our years - besides worn out joints, stretched out ligaments, and frequent pain.  Everyone has heard the adages about age bringing wisdom; contrasted with “why are we too soon old and too late smart?”  Most gunnies have heard the one about “beware the old man - when he gets too old to fight, he'll just kill you.”

What I've noticed is that I've reached a point in life where 99 and 44/100% of everything I see or hear reminds of either a pithy quote or an old joke.  Personally, I'm happy with that.

That's a roundabout way of passing on a story I found at 90 Miles From Tyranny, “Vegan runner asks neighbors to close windows when cooking meat with 'offensive' odor.”  I bet you've met someone like that.  I know I have.  Someone that gets such an air of superiority from the food they eat that they feel the need to lecture the rest of the world to behave like they do.  I've been a runner, let me tell them how adults handle it: they keep running and forget about it.  The smell dissipates within a few seconds.

The story immediately brought a couple of jokes to mind.  For one example
I'll be the first person to say that not all vegans or vegetarians act this way, but jokes like this exist for a reason.  Enough people have run across someone like that to ensure the stereotype works.

The article itself, linked on Fox News is kinda funny though.  (Insider's pro tip.  I've seen it on many blogs when I click on a link to Fox News; you click on the link and you get blocked.  I think the messages say something about you being unauthorized to look at the site.  Click on the URL and hit return.  It will load just fine.)


A self-proclaimed "vegan runner" from Berkeley, California received backlash on Saturday after asking neighbors to close their windows when cooking meat because the smells were 'overpowering and offensive.'

The rant was posted to @BestNextDoor -- an account that houses neighborhood drama -- which showed the runner had requested nearby residents only barbeque vegetables because it's "always hard for me this time of year when the weather starts warming up."

"Several nights a week I'm out running around dinnertime and when people have their windows open I can smell what they are cooking," the request said. "I've noticed a sharp uptick recently in smells of folks cooking meat and it can be quite overpowering."

Unsurprisingly, it turned into a neighborhood squawk on @BestNextDoor.


"'I don’t want to be a stereotype' at the end of a multi-paragraph whine about how hard it is being vegan. This is performance art," a user concluded.

"As a carnivore bbq chef, it’s always hard for me this time of year when the weather starts warming up and vegan runners start running by my windows," another said.

"You know what else smells terrible? Runners. Have some respect, exercise indoors with all the windows locked," another wrote.

This aggrieved complainer is the personification of why I don't talk about diet or exercise unless something is noteworthy (this might be the only example).

I'll leave it there, but it struck me funny.  OTOH I've been told I can have a pretty strange sense of humor. 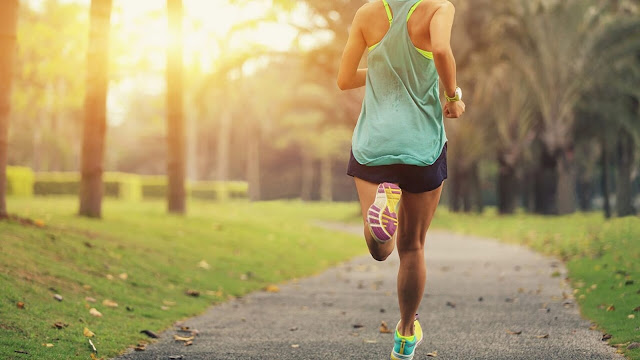 iStock photo of anonymous trim young woman running. Why?  First, I like having a picture here.  Second, it's the picture Fox News used so it was handy.  Third, it sure looks better than my mangy ass from that or pretty much any other angle.