I'm not a regular reader over at Legal Insurrection blog, but I happened to see a story today that caught my eye.  The Cancel Culture Mob has gone into attack mode over at the University of Central Florida.  UCF is on the east side of Orlando, and I'm guessing around 50 miles from me, but I've driven past it often enough  - and known enough people working part time on graduate degrees there - that I consider it part of my neighborhood.  I've never spent a minute on the campus.

The story concerns Professor Charles Negy, a professor of psychology.  Professor Negy has been working at UCF since 1998 and earned tenure in 2001.  The story centers on the fact that a tenured professor of psychology said a couple of things that the Wokescolds objected to and they're determined to destroy him professionally and (because they typically do this) destroy him personally as well.

“If Afr. Americans as a group, had the same behavioral profile as Asian Americans (on average, performing the best academically, having the highest income, committing the lowest crime, etc.), would we still be proclaiming ‘systematic racism’ exists?”

“Black privilege is real: Besides affirm. action, special scholarships and other set asides, being shielded from legitimate criticism is a privilege. But as a group, they’re missing out on much needed feedback.”

Neither of those strikes me as something that needs to be censored or something that's out of bounds for a professor of psychology to talk about.  They don't seem extreme nor do they advocate for any action; they're just observations of the world we all see.

Can't have observations from trained observers, can we?

Rather than debate the merits or lack of merits in his opinions, a particularly aggressive attempt to get Negy fired ensued.

There was a Change.org petition with over 30,000 signatures, a Twitter hashtag was launched (#UCFFireHim) that trended, the student Senate passed a resolution, and there were protests on campus in which the President participated

And then it got worse, going into the usual pattern of the Woke.

Students protested in front of his home, a clear act of intimidation we are seeing more and more frequently:

A protest Saturday in front of his home drew carfuls of students and prompted police protection, according to the professor.

“The cars drove by with a megaphone shouting ‘Black Lives Matter’ and ‘Negy must resign’ while blowing their horns nonstop,” Negy told The College Fix in an email Monday. “That went [on] for 30 minutes. That’s not ‘protesting.’ That’s bullying, harassment, and intimidation. That occurred after they had spent three hours on foot at the entrance of my neighborhood.”

He said several sheriffs were called out to protect his house.

UCF realized early on that they couldn't fire him outright for his Tweets, so they started soliciting his former students to find something he could be fired for.  Negy’s lawyer, Samantha Harris, describes what he has been through as an inquisition.

UCF’s clarion call worked. Since June 4th, a litany (we don’t know the exact number, because they won’t say) of complaints has been lodged against Negy for his classroom pedagogy, for speech that allegedly occurred over a 15-year period from 2005 to 2020. The university charged Negy with discriminatory harassment on the basis of race, ethnicity, national origin, sexual orientation, religion, sex, gender identity/expression, and disability—it is worth noting here that Negy himself is both an ethnic and sexual minority—while providing him with only a handful of “examples” of his alleged wrongdoing. Negy begged for more information prior to his investigative interview so that he might prepare to defend himself, but UCF refused.

Ms. Harris goes on to say he was questioned and cross-examined for four hours one day and five hours another.

I couldn't tell you what his ethnic minority status is, and it's hard to care less than I do, but the article points out that he's gay.  He's apparently in trouble for telling students it's easier to be gay in 2020 society than it was when he was their age.  To me, that sounds like one of those, "when I was your age I had to walk to school in the snow, uphill both ways" kind of stories.  Yet these delicate students can't stand hearing it and want to get the guy fired over it. I have a cloud of Looney Tunes-style question marks in the air over my head.  WTF?  Why is a story like that grounds to fire someone?  Why does everything have to be so serious?  I bet if the person who complained about that opinion talked to any other 60 year old gay they'd hear a similar story but then they couldn't think of themselves as such victims.

The article is worth a read to get all the details of how this professor is being treated, but more than that, it's a template of how the Cancel Culture works.  They attack everywhere, as remorseless as a Great White Shark (that's ironic). 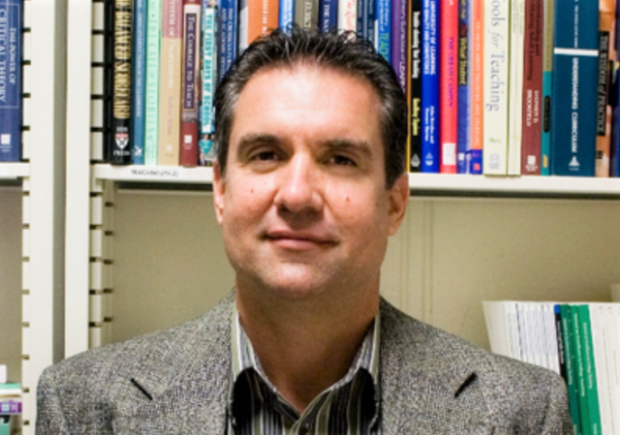 Cases like this are canaries in the coal mine: if a public university—a government agency—can treat someone this way for deviating from the university’s orthodoxy, and face no accountability for doing so, then what (and who) is next?

The answer, of course, is you and me. We are next. If decent people do not take a stand against these abuses, it’s not a matter of if the state-endorsed mob will come for us—it’s only a matter of when.