What Is That Strange Thing SpaceX is Building at Boca Chica?

That's a question that has come up a lot among the crowds who follow the various channels of updates from SpaceX watchers.  NASASpaceflight.com calls them "Texas Tank Watchers" and sells merchandise with that on it.

I've been watching this place for days, and don't really have a good feel for the positions of various things, but the construction can be seen on the far left in this view. 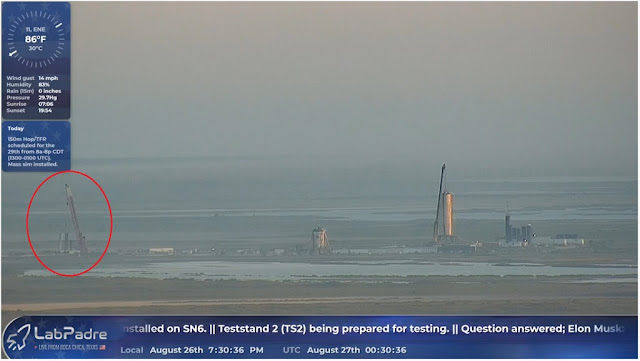 RGV Aerial photography, a guy who rents a Cessna 172 and pilot, then hangs out the window to take pictures gives this view from above. 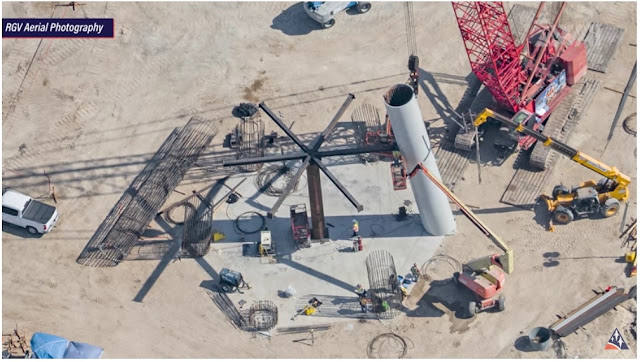 There's clearly a lot of rebar there, a pretty big hexagonal structure in the middle, and the rebar is forming large tubes inclined toward the center.

Two sides quickly emerged in the debate: something related to hardware testing or a water tower to supply water for the launch deluge system.  To pick up the story from Teslarati:

As of almost two weeks ago, it was just shy of guaranteed that the concrete foundation SpaceX was working on would be wildly excessive for a water tower, turning it into a question of whether it would be a suborbital or orbital-class test stand for Starship.

Now, Musk has confirmed – somewhat surprisingly – that the foundation will ultimately support an “orbital launch mount” capable of hosting what will eventually be the largest and most powerful rocket ever built.

YouTube channel What About It? offers a rendering of one possible final result.  Looks plausible to me 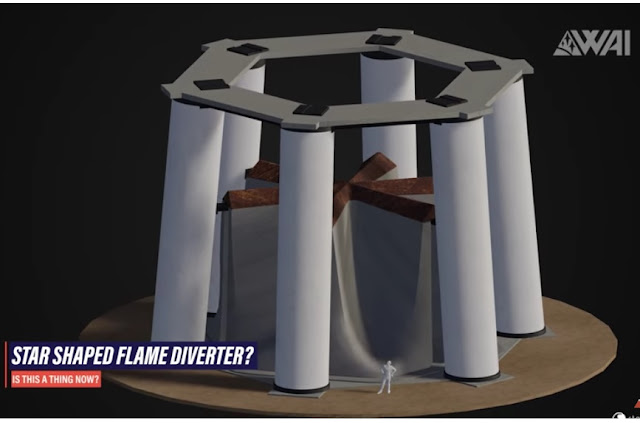 With a diverter to help protect the reinforced concrete supports, since being hit with millions of pounds of thrust isn't good for concrete.

A screen capture from RGV Aerial Photography might help you figure out the geometries of the different views. All annotations are mine. 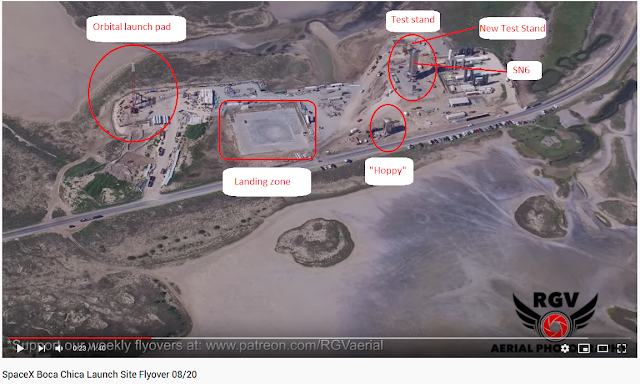 Back to Teslarati for some numbers

Barring additional changes, Super Heavy will be as tall as the entirety of a Falcon 9 or Falcon Heavy rocket – first stage, second stage, and payload fairing included. Powered by up to 31 Raptor engines, the Super Heavy booster will produce upwards of 72,000 kN (16,000,000 lbf) of thrust at liftoff – nine times the thrust of Falcon 9, triple the thrust of Falcon Heavy, and double the thrust of Saturn V (the most powerful liquid-fuel rocket ever to reach orbit). Combined with Starship, the full stack will weigh roughly 5000 metric tons (11 million lbs) fully fueled. For the purpose of static fire testing and final vehicle checks after ignition but before liftoff, a Super Heavy-class launch mount will need to withstand more than 7200 tons (~16 million lbf) of force.