A True Story I Found Funny

Here in Florida, the state introduced an electronic toll collection system called SunPass decades ago.  It started out that you got a little transponder that you stuck to you windshield (on the inside) and when you drove up to a toll booth, it did a radio handshake with the toll plaza to credit your toll through the statewide system.  You had to create an account and keep a balance in the account which was treated like a debit account.  At some point when they started having open lanes that read your SunPass without having to slow down rather than wait in lines to pay tolls, we got one.  This might have been in the mid-90s but I honestly don't remember.  We never used it much, we'd put in a few bucks once a year or so, and it was a "nice to have" rather than "got to have."

Over the years, the state worked to eliminate toll collectors.  The road we traveled the most that used it was the Florida Turnpike, and they changed the points where tolls were collected.  Rather than every exit having a toll plaza, they put toll plazas inline so that you'd go through it, pay a toll that would cover you for the next few exits.  In some cases getting onto the turnpike and off used to entail stopping at an entrance booth, picking up a card, driving a few miles to the exit, then stopping at an exit booth to pay.  Under the new system, there were sections with no toll.  Just drive onto the turnpike, go to the exit and get off.

In the never-ending push to get rid of toll booths and toll collectors, the state started allowing anyone onto those limited access roads and reading their license plates electronically.  They'd photograph the car leaving the toll plaza and read the license tag using OCR.  In the event someone had a bad transponder, or no transponder, the state would mail them a notice that they owed tolls for all the places they missed.

Saturday, I got a notice that I owed a toll.  Since I know that has to be a mistake as surely as I know anything, I looked at it.  It was a picture of a car, but obviously not my car.  Said car was leaving a toll booth in a city called Sunrise, which is west of Ft. Lauderdale and about 150 miles from here.  Said toll error was on December 18th, at 10:30 PM.  I've been to Sunrise, I used to live in Ft. Lauderdale, but I haven't been there in quite a while.  My gut feel is that the last time I was in Sunrise was in 2013, before my mom passed away, on a trip to see her at a hospital.

Then I found the punchline.  The license plate reader read a tag that belongs to me, they got that detail right, but the tag is on a boat trailer, not a car.  The bill says it's a toll for a two axle vehicle; the trailer has one axle.  The whole thing is so wrong it's almost comical.  There's not one fact right in this exchange, except that they cross referenced a number their system read incorrectly to the owner of the tag.

Another thing about this is that the total I owe is $3.30.  It's almost worth paying three bucks to laugh at the state for the "theater of the absurd" entertainment.  Only through the incompetence of government is a single axle boat trailer - in a garage 150 miles away - turned into a dual axle car, for the single purpose of getting a few bucks of revenue.  Incompetent is the wrong word, though, because of the implication that a human saw this and did something to it.  I'm all but certain no human ever looked at that, but if they did, without a cross reference to what the tag is for rather than who owns it, they wouldn't have stopped it.  It must be a 100% automated process, or close to that.  With the volume of cars they have going through their tag readers, there has to be some number of bad readings.

The state has a process for you to explain why you don't owe the toll (like everyone ever arrested for drugs on their person says whatever clothes they're wearing are someone else's) and I filled out the online form today.  The state is going to spend more money than that $3.30 if they assign someone to read it.

I tend to think of stuff like this whenever people talk about the Glorious Future with Artificial Intelligence.  Using AI just means there will be more screw-ups like this in every aspect of life.  Especially if it involves recognizing things visually.  Over 30 years ago, a physics professor I was taking a class from said you can choke a mainframe computer getting it to tell a stool from a dog, but no puppy ever makes that mistake. 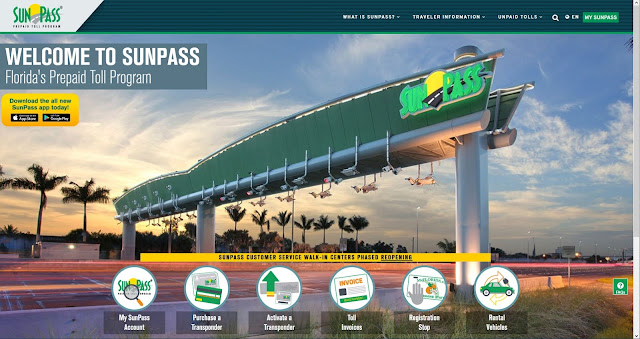 The front page of the SunPass website.  I chose this because if you look at the things hanging down from the horizontal pipes you can see little antennas (gray rectangular covers over them) for the transponders and the tag-reading cameras.

As I say, I find this whole thing slightly funny.  I am, however, completely aware that the state has the power and ability to make this silly little mistaken identity thing very much not funny at all.


EDIT 02-02-21 2002 EST to add:  I received a reply email to my dispute of the toll today, apologizing for the inconvenience and saying the invoice has been closed.