Getting Started with my 3D Printer - First Prints

Sunday, when I did my last update on getting the printer going, I concluded with a test plot that showed some oddities.   I spent some time on Sunday troubleshooting that by the seat of my pants.  I certainly made it better and ended up with a higher quality version of that test print.

Armed with that, I decided to make the first "real" part that I had designed.  It was for an off the wall (and not very well designed) experiment to substitute a microswitch for the ignition points in my model engine.  The ones I bought last month from NAPA have crapped out and I ordered replacements last week.  The engine's mounting bracket has two holes for the two screws in the point.  Those are 1-1/16" apart and threaded 10-32.  The microswitch has two mounting holes that a 2-56 screw goes through.  It's smaller than the 1-1/16, so maybe I could mount a switch on a little adapter board that I make and mount that on the engine?   The adapter would need to have the spacing for both sets of holes and one of the big holes would have to be an arc to allow some tweaking of position.

I made two different versions of this adapter, one using the default settings for the Cura Slicer program and one where I attempted to make a better part.  The attempt at better first: 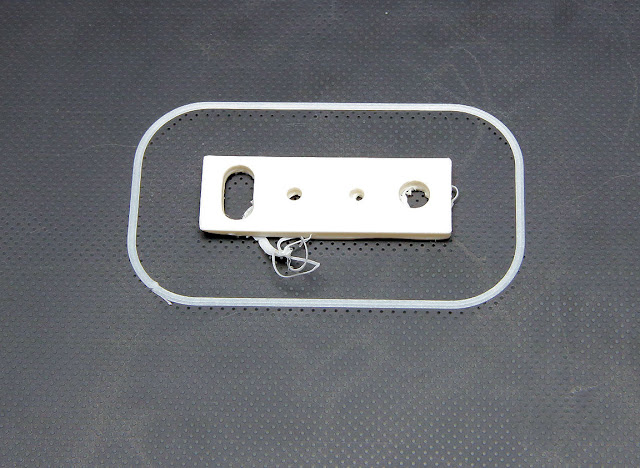 There are some obvious places where I think the plastic didn't adhere well to the glass plate and other errors on the bottom layer. Notably, it isn't that flat. 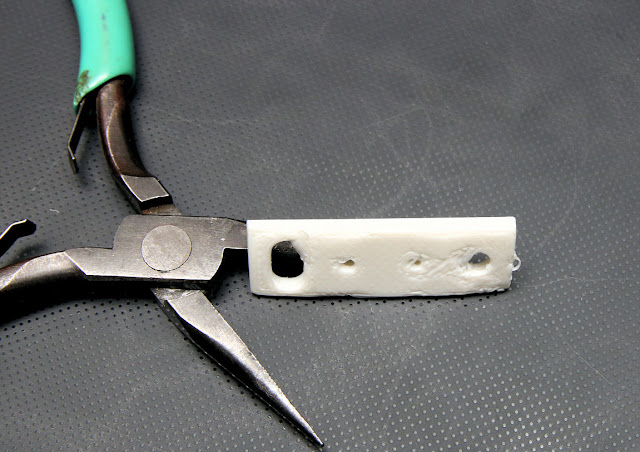 Now it was time to go over to the one with the default Cura profile settings for my printer. 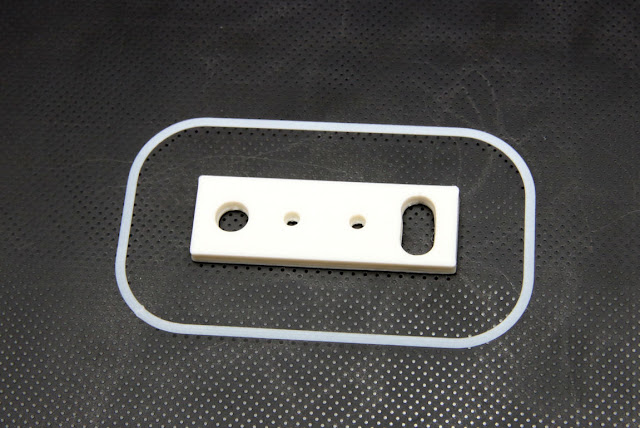 What can I say? This one is better all around. Better adhesion, more accurate features, flatter back, everything.  Look at the two of them standing on their sides on the printer bed.  The first one I printed just gets mysteriously thin on it's right edge. 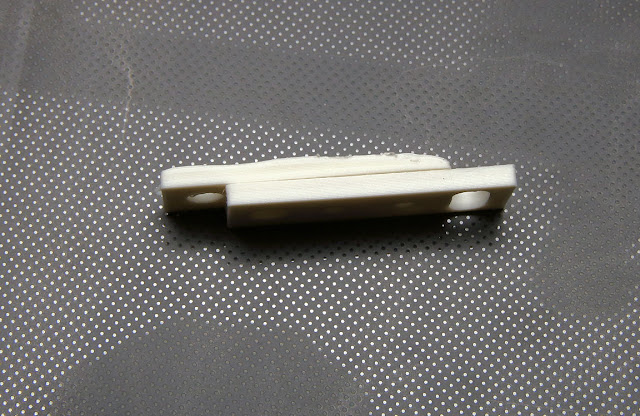 The bottom line here is that I have two good prints.  The first might be usable with that oddity to its shape if the part was usable at all.  The second, even though it came out better, isn't usable because the design is faulty. This is the second one with the microswitch mounted on it sitting below and in front of the points it would replace.   The geometry is wrong.  It might work if I modified things more, but I'd need to make a 3D model of the switch and everything there.  I'd probably need to change the timing on the engine (position of the flat on that cam at the top that drives the points). 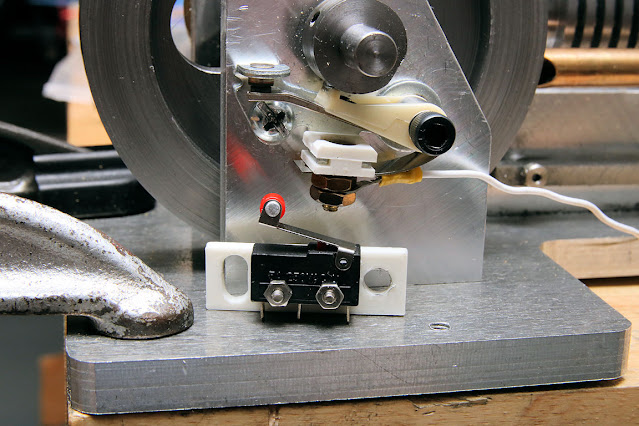 At this point, I think it's safe to move on to more prints.  There will be more learning curve and more supplies to get, but I think I can say it's up and running.