After becoming the first Starship prototype to survive its flight and landing, CEO Elon Musk delivered that message about SN15 in a tweet today.

SpaceX has had a couple of days to go over the data from the mission, and the booster was moved some today, although not onto one of the test stands.  It's just standing there. 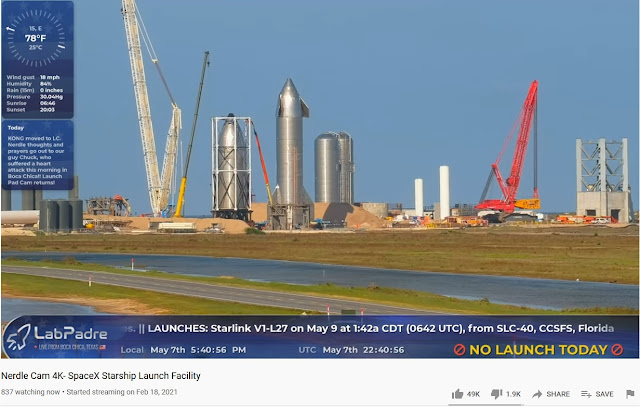 Yesterday, SN15 was behind that nose cone test fixture just to its left.  The move was fast, as in a few minutes, and didn't involve a crane lifting it.  It's behind a different stand now, and farther back than it looks. 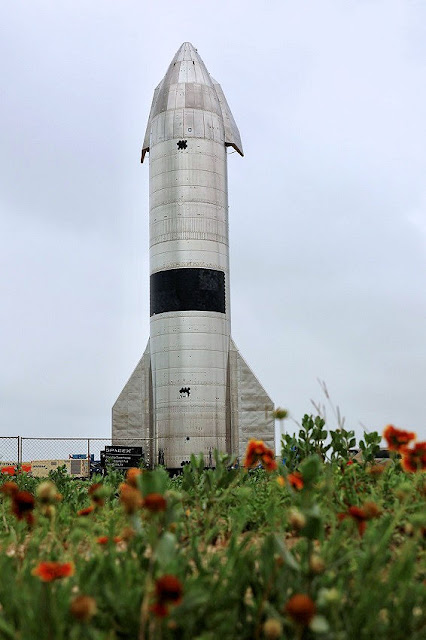 This morning, the Lab Padre guys got to get a bit closer than their robotic cameras and took this one.  If you look carefully, you can see a missing thermal tile on the lower left corner, near the left edge of the vehicle.  Also, the small patch of tiles a bit lower and in the middle of the body is missing a few.

Since Starship is all about reusability, the idea of flying it again is compelling.  I balance that against the fact that SN16 is apparently done and could be moved to the pad at any time.