Take 2 of it being a good day for looking up, that is.

With not much else going on, I spent much of the day working on odds and ends around the house - those of you with older houses know that never ends - and waiting for a chance to capture anything from the airshow. There were no chances until late in the day when the Blue Angels flew again. 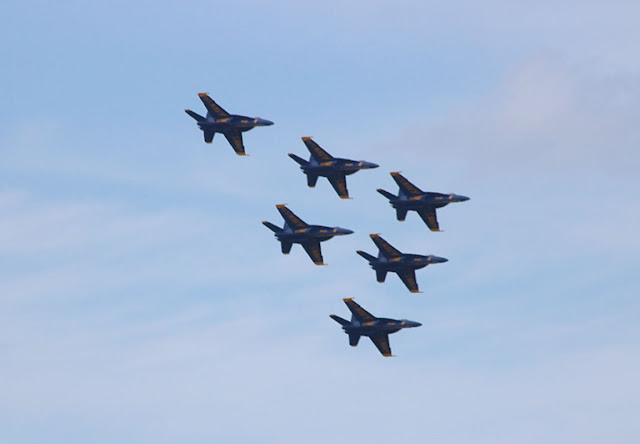 Both of these taken this afternoon.  Cropped from the originals with attempts to reduce digital grain (noise) and stretch the exposure a bit for more details in each picture. 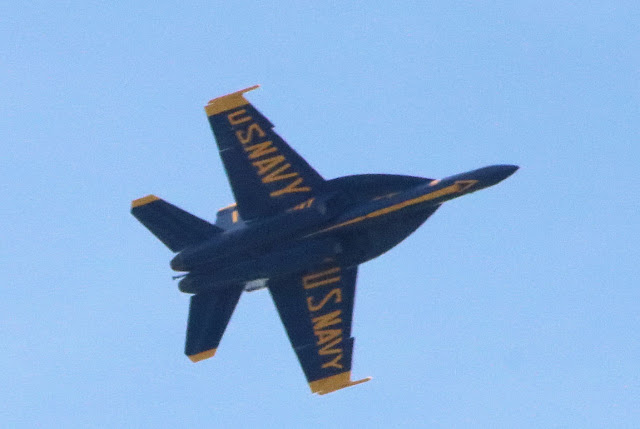 Taken with a Canon T6i DSLR using a Sigma 70 to 300mm zoom held at maximum and trying to fix the focus at infinity.  I had some problems with that yesterday; when I held the camera with lens facing down, the focus would shift, ruining a bunch of pictures.  An impromptu attempt to fix that with blue painter's tape helped but probably not as much as just being aware it was happening and checking focus more often.