Good Day For Looking Up

Living here in the area that calls itself the Space Coast and being able to watch launches from the Cape Canaveral Space Force Station is definitely an attraction.  It's part of what keeps me here.

This weekend is a highlight for us.  There's an airshow at the Melbourne International Airport featuring the Blue Angels.  This is the airshow I've talked about several times over the years, but those were in March instead of May.  The Blue Angels stopped coming here and were replaced by the Thunderbirds, then the show stopped being held for reasons I'm not clear on.  The airshow runs today and tomorrow, giving us two good chances to perhaps capture some interesting photographs.  We also got to watch them practice Friday afternoon.  Tonight was a SpaceX Starlink launch that is a relatively rare ride sharing mission.   Sunday is just the airshow, and Monday will have another launch, an Atlas 5 carrying a Space Based Infrared System Geosynchronous satellite, or SBIRS GEO 5, for missile early-warning detection.

So since I spent the day looking up - minus the parts of the day pulling weeds and cleaning out some wasp nests - I'll share the part I enjoyed with you! 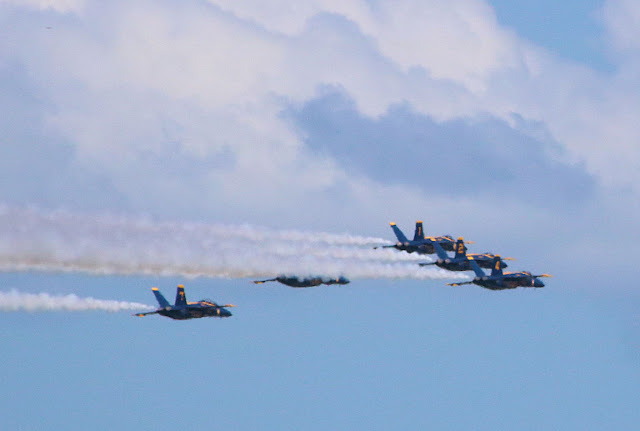 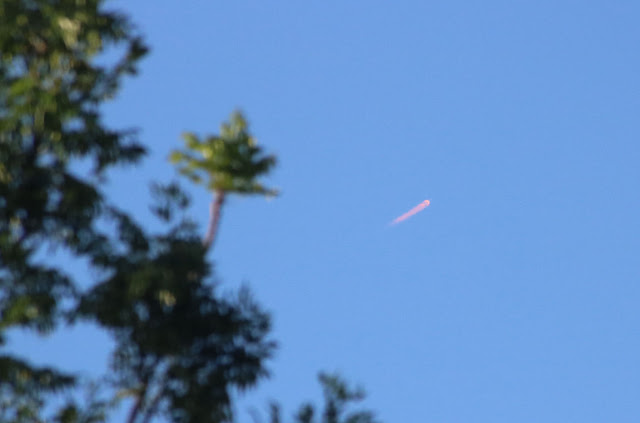 The view to my northeast at 7:00 PM, and within a minute of Booster Engine Cutoff  (BECO), stage separation and Second Engine Start.


On Saturday, May 15 at 6:56 p.m. EDT, SpaceX launched 52 Starlink satellits, a Capella Synthetic Aperture Radar (SAR) satellite, and Tyvak-0130 from Launch Complex 39A (LC-39A) at Kennedy Space Center in Florida.

This was the eighth launch and landing of this Falcon 9 first stage booster, which began it's life launching the Demo 2 mission with Bob Behnken and Doug Hurley to the ISS, the first manned launch from the US since 2011.