In the Midst of Another Useful Printer Job

Much like the first time, I'm not saying you should buy a 3D printer for a task like this, it's just that if you have one, it changes the way you approach problems like this.

You don't have to be very long term reader to know that I play guitar and work on them.  Sometimes I make things for working on them, one time I built a kit guitar, and then I had my "side project", building a side onto an absurd guitar.  As a musician, I think I make a good engineer, which is to say that real musicians will have no threat from me, but I enjoy playing.

One of my guitars is an Epiphone Les Paul Ultra 2 guitar.  I'm hazy on when I bought it, but a couple of stock photos of the model that I have are dated in September 2011, so that's my best clue.  It has a unique feature, a magnetic pickup at the very end of the neck called a NanoMag pickup.  It was sold to provide acoustic-like guitar tones, coupled with two Les Paul-type Alnico humbucker pickups.  I've used the NanoMag a few times but stick with the two conventional pickups on the body.  Like other Les Paul (also called LP-style) guitars, it has a plastic piece on the side that the jacks to connect to your amplifier mount to, and which is mounted to the body.  That jack plate has looked like this as long as I can remember. 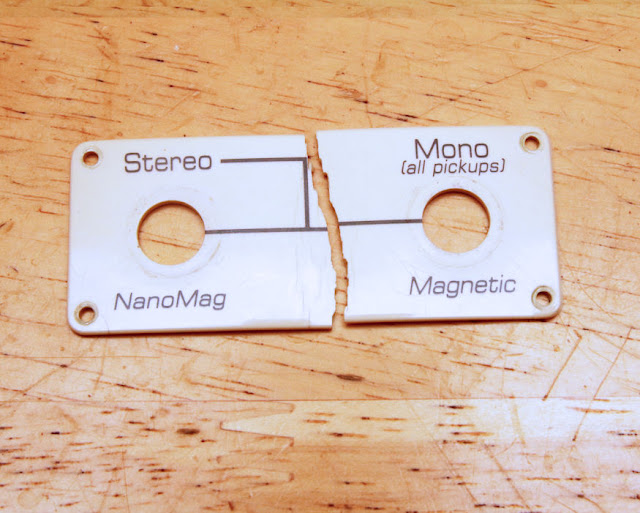 I don't remember when it broke, but I can't remember that plate not being broken.  One time I called Epiphone factory service about buying a replacement and they said, "nope."  "Find a guitar tech." Several times I thought about buying some 1/16" thick brass and making a replacement on the mill, but that always led to ridiculous prices for brass and I never made myself do it.  Someone that makes engraved plastic badges like they sell at hamfests could probably copy that.

Last week, the background processor in my head came up with the relatively obvious answer, "you have a plastic printer; you can use that."  The one thing I didn't want to do was take the guitar apart to try to measure every important dimension on the body.  The hardest one to get is the radius of the part of the body the plate mounts to, which looks like this.  (this is an Epiphone stock photo, not my guitar)  The jack plate is facing you, bottom right. 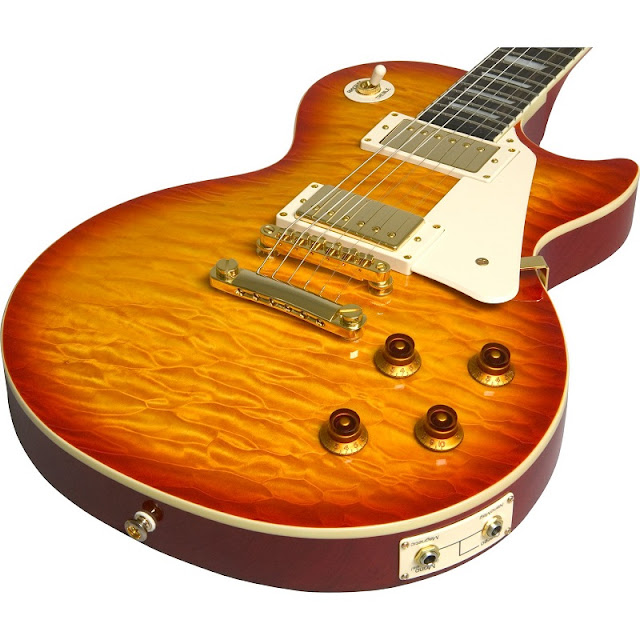 The original plate didn't have a radius; it's lying flat on the wood in the first picture, so I figured I'd copy that approach and figured there might be a few prototypes of this to get one that works.  Getting dimensions with a pair of calipers without taking the plate off was relatively painless.  The first prototype is on the guitar right now and a corrected Version 2.0 is ready to mount when I'm done here.  The design: 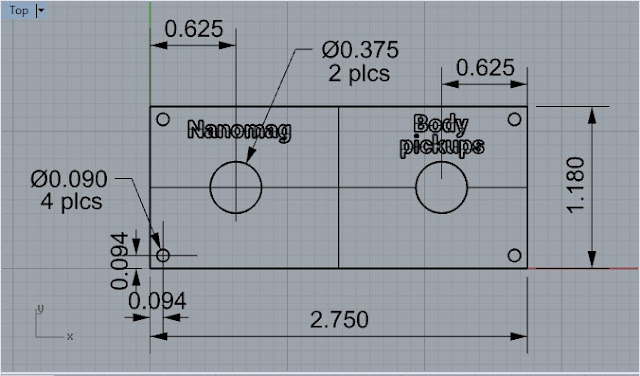 Not visible in this display is that I'm making the plate .050 thick, a bit thinner than the .062 thickness of the original.  If the cause of the Epiphone jack plate breaking was stress from being bent to the radius of the body, this should take care of that.  Mine is noticeably more flexible than the original.

Making a couple of versions is pretty tolerable.  According to my Slicer program, it costs about 6 cents worth of filament and takes about 25 minutes to print.  I'll let you know what I end up with.