In keeping with the longstanding tradition of releasing heinous laws late on Friday, when the press has gone home (as if they'd report it anymore), the BATFE announced NPRM 2021R-05, called "Definition of a "Frame and Receiver" and Identification of Firearms."  Except the NSSF Ammoland News did report on the rule drop.  BATFE says the rules
I can give you the short answer to any bullet point that refers to definitions: it's whatever we say it is.


“More than one externally visible part may house or hold a fire control component on a particular firearm, such as with a split or modular frame or receiver. Under these circumstances, ATF may determine whether a specific part or parts of the weapon is the frame or receiver, which may include an internal frame or chassis at least partially exposed to the exterior to allow identification.”

Got that? Any and all parts visible from the outside of the gun which may "house or hold" a fire control component is a gun.  ATF alone may determine whether any part or parts of the weapon may be frame or receiver, and the only thing they seem to say is not a frame or receiver is something only visible by disassembling the gun.  The direct reference to a "split or modular frame or receiver" is apparently trying to fix the problem that their definition of a receiver has been ruled by judges as not applying to an AR-15.  This opens the door to them declaring that AR upper receivers are guns and require a background check.  Which further opens the door to one upper and one lower being associated with each other and You Shall Not swap different uppers onto your lower receiver.  You must buy both.

Note that in the webpage description on the ATF web page, there is no definition provided for the statement above: “readily” for purposes of clarity given advancements in firearms technology.  The previously discussed version of "readily" included eight hours work in a well-equipped machine shop, which is beyond absurd.  That means blocks of aluminum bar stock are readily converted guns.  I can't see how that could stand a challenge.  In searching the text of the regulations (pdf here), I see no definition of "readily be converted" or "readily be completed."  It's all just jargon that reduces to "when we say it is."  On page 108 of 115 there is a list of eight things that go into consideration of "readily" but offers no clues to what they consider readily or not readily.

I understand that they want it to be loosely worded enough that they have the ultimate power of life or death over anyone who wants to make their own guns, but being that loose - just creating the term without defining it precisely - is just wrong.  This is the way it has always been, and their line about clarifying the term is bullshit. 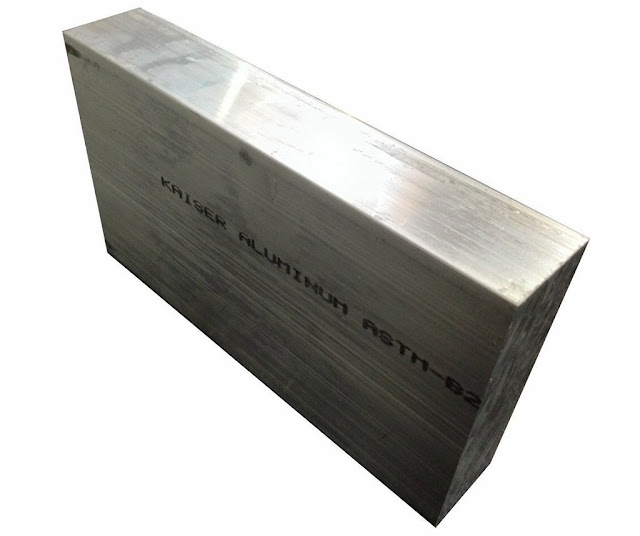