Early Halloween morning for the Eastern and Central time zones, Saturday night for points west, SpaceX will launch the next manned Crew Dragon capsule for NASA.

Known as Crew-3, the mission – SpaceX and NASA’s third operational astronaut launch and second ‘crew rotation’ – is scheduled to launch as early as 2:21 am EDT (06:21 UTC) on Halloween (Sunday, October 31st) after a minor one-day delay.

The capsule will be carrying a crew of four: Thomas Marshburn (NASA), Raja Chari (NASA), Kayla Barron (NASA), and Matthias Maurer (ESA).  The Crew-3 mission astronauts will relieve the Crew-2 astronauts Shane Kimbrough, Megan McArthur, Akihiko Hoshide, and Thomas Pesquet, allowing them to return to Earth after some six and a half months in orbit.  After some time together on the ISS.

Their Crew Dragon capsule, named Endurance for this mission by the crew, arrived at launch complex 39A on the Kennedy Space Center on the 24th and a Flight Readiness Review was held Monday the 25th.

In a media briefing following a successful October 25th flight readiness review (FRR), SpaceX and NASA officials revealed that the only ‘open item’ (the only issue left unsolved) for Crew-3 was the qualification of a change… to Crew Dragon’s toilet. During SpaceX’s highly successful Inspiration4 mission in September 2021, Dragon performed flawlessly except for a small issue discovered with its last-resort toilet. According to the briefing, in less than a month and incurring what amounts to zero delays to Crew-3, SpaceX analyzed the Inspiration4 spacecraft, determined the fault (a leaky storage tank), redesigned said tank, and replaced the new spacecraft’s faulty toilet with the fixed design.

It's considered an open item because SpaceX and NASA are still finalizing the studies and documentation needed to qualify the design change.  Anyone who has worked in this industry is probably wincing at the idea.  Neither of the two seems to think it's anything that would delay the mission.

The capsule at the Pad 39A test area. 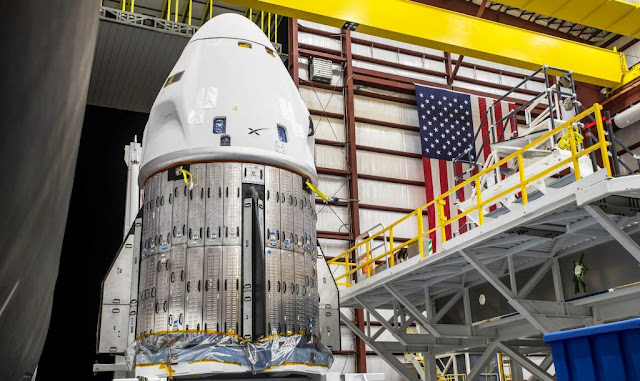 There are lots of tests to be done before the launch, and one of the first steps will be to roll the vehicle to the launch pad; something that's done with the vehicle horizontal on the transporter, like this photo of the Crew-2 mission's capsule last April. That will probably happen tomorrow.  They will do a dress rehearsal countdown with a firing of the first stage engines, and many tests that can't be seen from a distance. 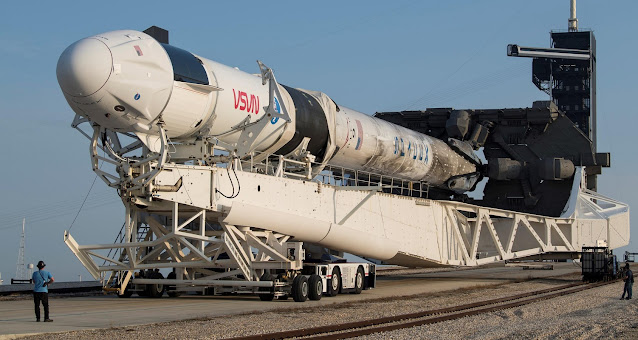 An interesting little aspect of this mission is that Crew-3 will be Falcon 9 booster B1067’s second Dragon launch and second launch overall after a successful Cargo Dragon launch debut in June 2021.  I don't think it's a reach to say this is the only booster to fly both manned and unmanned spacecraft to the ISS.