Another Steaming Pile of Junk Science

In my personal "war on junk science" I can't really influence anyone who's doing the science, I can only hope to point the junk being passed on out there.  Maybe if enough of us hassle the agencies paying for this crap, things might get better.  Hah!  I make myself laugh sometimes.  We won't affect those agencies.

In essence, this is a followup to a post from just over one year ago, The War on Meat and is based on a long post called "Why are We Basing Food Policy on Black Box Data?" from Nina Teicholz at her substack, the Unsettled Science newsletter.  Going from memory here, Nina was newspaper journalist in her early career.  At some point, her newspaper assigned her to be the food correspondent, sort of a "secret restaurant critic".  At some point, she couldn't help but notice how much better food prepared at some restaurants was and somehow learned it was because of the natural, real butter and cream they used in sauces.  Like most people, she grew up fat phobic and was afraid of it.  This led to her researching and writing a book called The Big Fat Surprise which is just full of stories of the kind of crap that goes on in food science (I've often thought if I treated test data on how some electronic system performed like Ancel Keyes treated the cholesterol vs. heart disease risk data in his famous "Seven Countries Study," I'd be in jail.)  That led her to become one of the founders and first president of The Nutrition Coalition, a grass-roots organization of people trying to clean up the US Dietary Guidelines.

It shouldn't be a surprise, just as everywhere else and every little thing the Fed.Gov touches, industries and lobbying organizations pushing their particular agendas, spreading money around directly or indirectly.

It's a bit on the long side, but definitely worth a read.  As I usually do, I'll post some highlights here to tease going there to read the whole thing.  The main topic is in serious errors in a study called the Global Burden of Disease study, which like so much other junk science, tries to link the harm done to people by their diets.  A note from epidemiologist John P.A. Ioannidis goes particularly well here; so well it could have been written about this study, but wasn't.

As we said then, how could everything have “statistically significant associations with mortality risk”?  How could everything either lengthen or shorten our lives and nothing be benign?  That's what the GBD study is looking like.  Back to Nina Teicholz:

It turns out that a highly influential 2019 claim—that no amount of unprocessed red meat is safe for health—was completely inaccurate, according to a statement in March by the authors of the Global Burdens of Disease study (GBD), an on-going project funded by the Bill & Melinda Gates Foundation. Two years earlier, in 2017, these same authors had judged red meat to be the least likely cause of death among 15 risk factors analyzed. Then, in 2019, red-meat’s risk jumped 36-fold. A forthcoming publication will correct these errors, and the risk will drop significantly, said the lead author Christopher Murray, in an interview. Despite the inaccuracies, however, he says he does not intend to correct or retract the paper.
...
GBD has also been a collaborator with the World Health Organization since 2018, and its numbers are increasingly being used by the United Nations, including work to reduce meat consumption as part of the UN’s “Sustainable Development Goals.” The most prominent of these groups, EAT-Lancet, for which Murray was a “Commissioner,” aims for everyone on the planet to eat zero to 2.4% of calories as red meat.

Altering the world’s diet along these lines is intended to stop global warming, yet anyone can agree that global policy affecting human health ought to have a foundation in reliable data. With the still-rising epidemics of obesity and diabetes, we can’t afford false steps. In this light, GBD’s wildly fluctuating food-risk estimates look perilous.

It's not just their estimates on red meat that are problematic.

In fact, other food risks calculated by GBD also changed dramatically from 2017 to 2019. The risk of salt dropped by 40%, while risks attributed to diets low in fruit, nuts and seeds, vegetables, seafood omega-3 fatty acids, and polyunsaturated fatty acids declined by more than 50%.

One of the sources Teicholz links to is an article from the Journal of the American Medical Association, known widely as JAMA telling the story of the attacks on a different medical journal's editor by a group calling itself the True Health Initiative (THI).  This other journal, Annals of Internal Medicine was only tangentially involved, getting some letters critical of the GBD studies.  The editor noted the hostility and tone of the THI emails (apparently she got 2000 copies of the same email) was the worst she's ever gotten.

This gets into the way the anti-meat sources resemble all the leftist/cancel culture stories we hear.  There have been doctors who have had their lives ruined for not following the accepted stories.  When the stories are wrong and need to be corrected, groups like THI fight like mad.  Everyone knows the line that goes: "if a conservative doesn't want to eat meat, they don't eat it; if a liberal doesn't want to eat meat meat, they demand that nobody eat it and the world stop producing it." 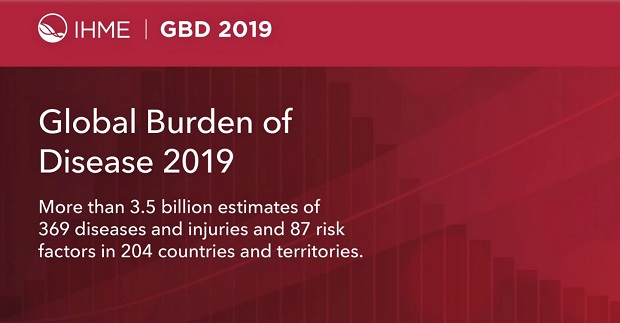