Today marks 1000 days - almost 3 years - since the United States Senate performed one of their basic constitutionally mandated tasks and submitted a budget.  The last budget they passed was on April 29, 2009.  Instead, they have worked by continuing resolutions and funding embedded in 1000 page bills - funding that is unrelated to anything actually being legislated.  I don't need to, but will remind readers the Senate has been under the control of the Evil party since the 2006 elections.  The stupid party controls only the House of Representatives, and only since 2010.

Wanna bet that gets mentioned in the SoTU?

Harry Reid (D. Uranus) is said to think preparing a budget is "a foolish idea" - in my opinion it's because he doesn't want to put all the stupid or corrupt spending in one easy-to-read place.  Not enough camouflage - no place to hide.  Investor's Business Daily puts it this way:


A published budget would be an election-year death warrant for Senate Democrats, because Republican Senate candidates would stuff its highlights into every mailbox they could.

On a related note, you probably noticed a few weeks ago that the president has asked for the debt ceiling to be raised by another $1.2 trillion, again.  If you're keeping score, that will raise the "on books" debt to $16.4 trillion dollars or approximately 108% of GDP.  The House has voted against this, but it's purely symbolic and the death spiral, debt ceiling is expected to be raised this weekend.  They agreed to not stage a real revolt over the debt ceiling the last time we went through this. We don't call them the Stupid and Evil parties for nothing, you know.

I am no fan of Speaker of the House John Boehner, but I will give credit where due.  I wandered into a room with a TV on Sunday and caught a few seconds of an interview between Boehner and host Chris Wallace.  Chris was trying to press Boehner on the "do nothing congress" platform that Obama is running on.  Wallace said in the current session they had only passed 80 laws and 20 of them were naming post offices or other meaningless things, so didn't this prove Obama right?  Boehner asked incredulously, "The number of laws we pass is a measure of how good a congress we are?".  Wallace sheepishly replied, "it's a measure", to which Boehner said, "Most people think we have way too many laws and think we shouldn't keep passing more".  I was surprised, but credit where credit is due.

And, as of a few hours ago, it was still impossible to confirm the rumor that India and Iran have agreed to allow the sale of Iranian oil to be paid in gold, however that site observes that India doesn't have enough gold reserves to do that for long. The megatrend of the dollar slowly dying is undeniable, though.  The BRIC countries developing their own basket of currencies or trading in their native currencies will only help bring on the death of the dollar.

Listen closely.  Hear that sound?  That's the death rattle of the dollar. 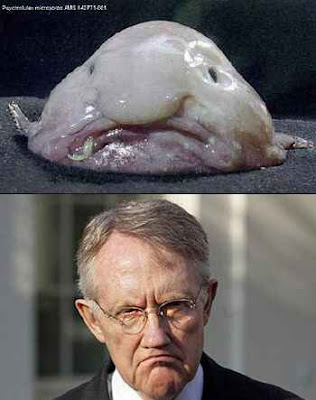