Don't know if you remember, but on November 27th, the Financial Times wrote that the Eurozone had 10 days left.  Then the big date was December 19th.  Lately I've been hearing the next big day is March 20th.


March 20th is a key date to keep your eye on.  That is the day when Greece will either make its 14.5 billion euro bond payment or it will default.

Greece does not have a prayer of making that payment without help.  If Greece can convince the EU and the IMF to release the next scheduled bailout payment and if Greece can reach a satisfactory deal with private bondholders, then the coming Greek default might be "orderly".  But if something goes wrong, the coming Greek default might be quite "disorderly".

At this point, almost everyone in the financial world is anticipating a Greek default of one form or another...

If financial experts like the editor at FT get things wrong, you can bet amateurs like me aren't likely to be better.  The important point is that last sentence, that almost everyone in the financial world believes Greece is going to default.  A Greek default should chill you to your core because from there, the whole EU is likely to unravel.  If the EU and ECB give a deal to Greece, how can they not give it to Italy, Spain, Portugal and the rest.  But an insane deal is the only way Greece stays out of default.

The EU is pretty much in recession now, and Gerald Celente points out the signs are worse if you just look..

I've seen talk of the ECB monetizing (making up out of thin air) as much as a trillion Euros (about $1.25 trillion) to try and keep these countries afloat.  Then there's talk of another round of QE. All of this will combine to make dollars worth less and less.  It's a story we've told many times before.

The Economic Collapse Blog lists Warning Signs That We Should be Preparing For the Worst.  You should read it.

Don't stop your preparations.  The extra 90 days over the 9 in that FT article are bonus days.  Use them wisely. 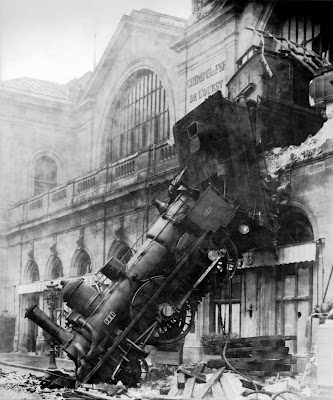