How Do You Kill 10 Million People?

About a week ago, I mentioned Andy Andrews book, "How Do You Kill 10 Million People?" in passing.  I had seen Andrews on the Glenn Beck program (on Beck's internet-based network, GBTV.com)  I honestly don't know if this will work, but if you see a free video here, watch it. I can't recommend this strongly enough.


Andrews' book kind of got into my brain, and like a spot on your tooth that you have to feel with your tongue, or a piece of gravel in your shoe that you need to keep poking at, it just made me keep coming back to think about this. I bet that his answer will resonate with my readers who haven't heard it.

How do you kill 10 million people?  The trains to the prison camps would have thousands of prisoners and only a couple of guards.  In the towns where they would hold their victims, walled off from the outside, less than 15 armed men would go into a group and read a speech full of lies to, perhaps, a thousand men, and there was never a revolt.  Surely, if they had revolted as a human wave, some would have been killed, but they would have eventually overpowered the guards.  How did they get those people to be so compliant?

Step back from the ghettos to the larger society.  The Nazi party never contained more than 10% of the population of the country: how does 10% rule the larger portion?   The population could have overpowered them.  I know that the Nazis confiscated all guns, and that certainly made it much more difficult, but in sheer numbers they could have overrun military bases and captured weapons.   Some well-funded gun runners could have made a world of difference.

Andrews concludes there is a very simple explanation, so simple that we might laugh at it.  The Nazis lied to their victims.

You see, one of the disadvantages of our western, Judaeo-Christian society (which 1930s Germany certainly was) is that we train our children, and ourselves, not to lie.  (Not all societies teach this: Islam allows lying, especially to infidels).  We are all brought up to tell the truth, and the mirror reflection of that is that we expect others to tell us the truth.  There's a reason politicians and used car salesmen are held in low regard: we expect them to be lying.  When there's a "big lie", a well coordinated story, told directly to your face by people who don't seem to be lying, we tend to believe them.  Hitler himself said, "The great masses will more easily fall victim to a big lie than to a small one".  I believe that our normalcy bias makes us prefer to believe the lie than to believe our Government is trying to kill us. 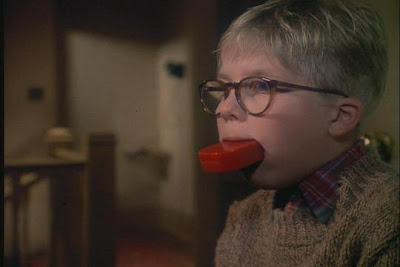 (training our children - and ourselves in 20 years - not to lie)

JPFO founder Aaron Zelman said if every one of the Jews in the ghettos had a rifle, a few rounds of ammunition, and the will to use them, Adolph Hitler would have been a minor footnote in world history.  Whether or not that's really true (alternate history is always wild speculation), it's hard to know, but the rag tag group that did acquire a few guns held the Nazis off for a month - longer than it took for them to take the rest of the Poland.

While we are culturally trained to not believe it, we should always keep in the back of our minds that the fed.gov hydra is lying to us.  Today, it's easy to believe - almost guaranteed, and perhaps I don't need to remind this audience, but the worst genocides in history are always, always, always, carried out by governments following fully legal procedures in their countries.
Posted by SiGraybeard at 9:47 PM