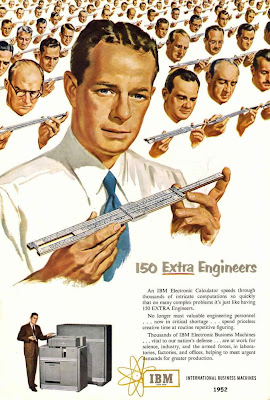 (source)
In The Luddite-Statist Attacks on Amazon by Gen LaGreca the author delves into what appears to be Crony Capitalism at work yet again (what a surprise!).  (h/t Erne Lewis)  The New York Times has started a campaign against Amazon.com.  First, they cheer on a small publisher who has refused to do business with Amazon.  Then they gush over the DOJ's attacks on Apple for their work with iBooks.

With Kindle books outselling paper and hardback books combined, this is a war the old technology folks have decided to fight.  I suppose if your only concern is keeping your position in life, it makes sense.  From any other economic or social standpoint, it's completely wrong.  You can't tell me it's wrong to save customers money, which they'll probably just spend somewhere else.  You can't tell me it's better for a small number of publishers to keep control over who gets published and what ideas get circulated.  Only if you're the "gatekeeper" who controls that and makes your living from it does artificially keeping prices high make sense.

e-Books are revolutionizing the distribution of books like nothing since Gutenberg's press.


... one novelist who was unable to find an agent or publisher has self-published two of her novels on Kindle. With her books priced at $2.99 and with a 70-percent royalty from Kindle, she earns approximately $2 per book. She is selling 55 books per day, or 20,000 books per year, which amounts to sales of $60,000 and royalties to her of $40,000. (As a simple comparison, without getting into the complexities of book contracts, this author might earn a royalty of approximately 10-percent from a traditional publisher, which would require her to achieve sales of $400,000 to earn as much money as she does self-publishing on Kindle.) Other authors are doing even better, including two self-published novelists who have become members of the Kindle Million Club in copies sold. These writers started with nothing—they were not among the favored few selected by agents and trade publishers, and they had no publicists or book tours—yet, thanks to electronic publishing, they are making a living, with some achieving stunning success.

There are dozens of low priced Kindle titles on Amazon, and many writers making some portion of their living this way.  The same sort of thing is going on in music, where independent bands are getting around the stranglehold the big music labels used to have.  I've bought a few Pomplamoose downloads and I've bought a few indie books, too.  With the direct channel available through iTunes, I'm sure Pomplamoose gets a much bigger percentage of the sale than they would from a record company album.

Getting the tyrannical DOJ to fight the future for them shows the publishers to be greedy, stupid cowards only in it for themselves.
Posted by SiGraybeard at 10:35 PM