The Cartoonists Get It 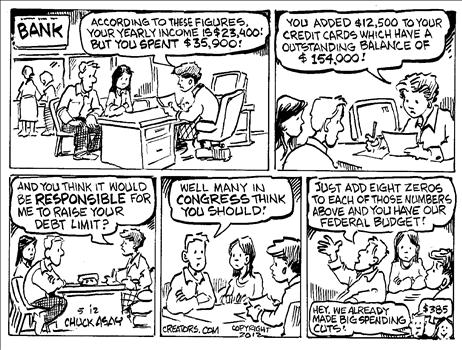 As I always say, "don't worry; it's not that bad.... it's worse".  According to Katie Pavlich, editor at Townhall, if the fed.gov followed the accounting rules all of the rest of us are required to, last year's deficit wouldn't be the $1.61 Trillion depicted here, it would be closer to $5 Trillion.


The big difference between the official deficit and standard accounting: Congress exempts itself from including the cost of promised retirement benefits. Yet companies, states and local governments must include retirement commitments in financial statements, as required by federal law and private boards that set accounting rules.

As Katie says to end this piece,


Math is hard when you're not adding all the numbers...