The Challenge of Resilience

It's in the header of this page that I'm trying to increase our resilience - yours and mine - to the coming changes in society.  I also link to - and subscribe to - John Robb's Resilient Communities blog.  John's blog talks about many of the essentials of life: water, farming, obtaining and using energy.  I've focused on the more mundane but essential aspect of keeping what we have running and maybe building new things.

One of the trade magazines I read at work is called Mechatronics, devoted to the place where electronic and mechanical systems meet (like CNC tools).  That magazine linked to this one's story about an art major (of all things) who decided he wanted to learn how every single part of a common item came to be.  He chose a toaster.


When Thomas Thwaites was a second-year postgraduate design student at the Royal College of Art in London, he decided to build a toaster for his master's degree project. This was no ordinary quest involving trips to the hardware store. Instead, he embarked on a nine-month, 2,000-mile journey and spent $1,800 to build the appliance from scratch — literally from the ground up. Why? He wanted to discover where the “stuff” of our lives comes. He first dissected a $6 toaster into 157 parts and then attempted to create a working replica.

It describes how he decided he wanted to understand how to make every part of the toaster.  He went to a mine in Scotland to get the mica that insulating panels in the toaster are made of.  He even decided he needed to learn how to make his own steel.  From scratch.


I wanted to make a spring to pop up the toast, so I needed steel. I assumed steelmaking wouldn't be too hard, given the fact that it's ubiquitous in our civilization. Although steel was made several hundred years ago in certain places, and vast quantities are now produced industrially, making a small amount at home is extremely difficult. With my first attempt, I think I refined the ore to some degree, but the black, hard, metallic-tasting lump wasn't workable into toaster shapes. I assumed it'd be easy to smelt iron because “we” have been doing it for thousands of years. But I realized we're not innately smarter than our ancestors. In the end, I used a microwave to do the smelting by experimenting with different times, crucibles, charcoal mixtures, and partially refined or raw ore. I got workable iron in the end, but it was a long and dirty — and fun — process.

And there is a host of lessons in there for the resilient community.  He has written his adventure into a book.

Although I could argue (and have) that the universe was put together in a way that discovering steel is inevitable, it's a different thing to try to make it from iron ore.  That's just starting; there's still the complication of making specific steel alloys with specific properties.  The richest iron ore is hematite, found by the ton in the Michigan/Minnesota area, around 70% iron by weight.  Could you refine iron from hematite?  What if you don't have that microwave oven and crucibles he used?  In a high temperature vessel (ceramic? glass?) heat it over a charcoal or coal fire that you pump air over to obtain really high temperatures (2800 F)?  Copper melts at a lower temperature, 1984F.  Could you melt float copper nodules (still found in Michigan), or a stack of pre-1982 pennies, and make copper wire? 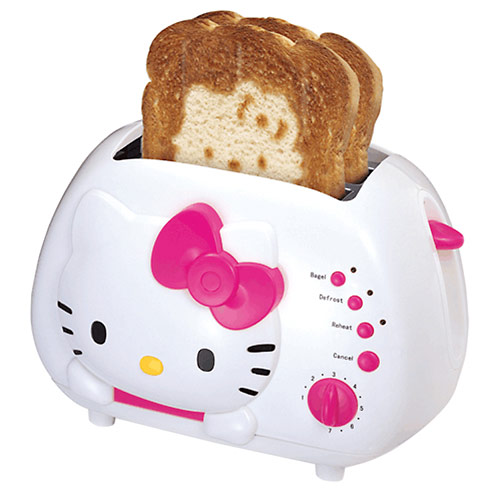 The Ph.D.-level home made toaster.

Mr. Thwaites said one of his prime conclusions is, "We're all connected to each other, and to vast numbers of people now dead, through the economy of things."  We are connected by enormous supply chains of things that have become very specialized, so much so that simple appliances will be hard to replace.  Our dependence is on more than just the "3 day, just in time" inventory you read about in so many places. There is an incredible flow of products going around the world that facilitates making the things we have.  A flow of steel, plastics, wire, and all the other components in your toaster, your furniture, your flat panel display, everything.  A flow of pharmaceuticals and foods.  A flow that 99% of the population doesn't even know is there, but that keeps us all alive.  If things "go south", where can you go to find refined steel or other materials to keep technology running?  Garbage dumps, and car junkyards.  They will be the mines of the future.  Although I understand the richest copper deposit in the world is the wiring underneath New York City's streets.