Administration Sells Out US Interests - Again

I was going to take it easy tonight.  As I've said before, those "least you should know" pieces are tough to write.  They are literally just scratching the surface of acres of material and trying to narrow it down to what I think is essential - many books have been written on each of the topics I brush over. But I have to pass on these links.  And this almost writes itself. More copy and linky than thinky.

It should come as no surprise that the Obama administration is selling out the US again.

From "It Don't Make Sense", a link to MediaIte, "White House Facing Another Leak As Key Trade Document Hits Media"  The Obama administration has been involved with closed door negotiations on the Trans-Pacific Partnership treaty, supposedly a trade agreement, but one that offers every incentive to foreign corporations and none to the US counterparts.  It also allows an international tribunal to rule on foreign companies' complaints about the US.  From Public Citizen:

“The outrageous stuff in this leaked text may well be why U.S. trade officials have been so extremely secretive about these past two years of TPP negotiations,” said Lori Wallach, director of Public Citizen’s Global Trade Watch. “Via closed-door negotiations, U.S. officials are rewriting swaths of U.S. law that have nothing to do with trade and in a move that will infuriate left and right alike have agreed to submit the U.S. government to the jurisdiction of foreign tribunals that can order unlimited payments of our tax dollars to foreign corporations that don’t want to comply with the same laws our domestic firms do.”


Although the TPP has been branded a “trade” agreement, the leaked text of the pact’s Investment Chapter shows that the TPP would:


The administration that is constantly attacking American companies for outsourcing is negotiating a treaty to encourage more of it!  The hypocrisy is astounding.  But that's not all.  The Astute Bloggers point out:

The terms run contrary to campaign promises issued by Obama and the Democratic Party during the 2008 campaign.

"We will not negotiate bilateral trade agreements that stop the government from protecting the environment, food safety, or the health of its citizens; give greater rights to foreign investors than to U.S. investors; require the privatization of our vital public services; or prevent developing country governments from adopting humanitarian licensing policies to improve access to life-saving medications," reads the campaign document.

Yet nearly all of those vows are violated by the leaked Trans-Pacific document.

I'm not sure I've ever seen such rampant corruption, such blatant lying and just plain evil in my life as with this bunch.  They genuinely hate this country and its people.  They genuinely want to "cut America down to size".  It fits perfectly with Dinesh D'Sousa's model of viewing the US as an evil colonialist state that must be destroyed. 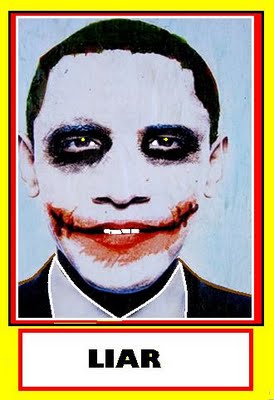