A Little Whine With That

Do y'all mind if I tell you something that really annoys me?  It's not just that I want to vent, it's that there's a chance (a snowball's chance in Florida) that some good might come of it.  In the topsy turvy world of the Internet, there's a chance that the exact right person might read this...

Let me tell you something about your old Graybeard that I've never talked about.  I don't like to talk about this, because it might sound like I'm bragging.  I give to a bunch of charities.  I mean a bunch.

To begin with, I'm one of those crazy, "bitter clingers" that gives more than a tithe to my church.  I belong to a church with no membership and no formal tracking of who gives what (I was surprised to find there are churches that want to see your 1040 or other proof of income), so it's not forced on me.  On top of that, I give to a couple of faith-based charities that I think do excellent work.

After that, I give to the Moffitt Cancer Center, the clinic that helped save my wife's life.  I give to a few medical-issue charities.  I give to "Toys for Tots", and the "Make A Wish Foundation".  I'm a member of the NRA, the GOA, the NAGR the JPFO; the Heritage Foundation, and more.

So here's my whine.  It seems the approach everyone uses for fund raising these days is that once they get your initial contribution, they immediately start hitting you up for more.  It's as if the program says, "Hey!  We got a new sucker!" and the frequency of requests skyrockets.  Now, I know that businesses always say it's easier to get repeat business than a new customer, but the charities seem to come close to spending your contribution asking you for more.  I had the same problem with the Stupid party - I know I've mentioned this before.  I gave a modest contribution to the National Stupid Party offices once, and I swear they've spent twice what I gave mailing me to get more money!

I really don't think I'll ever give to the national political parties again.  I may give to a candidate (and have) because I haven't seen the profligate waste the national party did.  I will probably never give to the Arthritis Foundation again, because - again - I swear they spent more soliciting me for more money than my contribution.

The tactic that annoys me the most is the "survey".  Typically, the mailing tells you they are trying to get their members' opinions on various issues, but the survey is loaded questions, and always leads to the unspoken "if you think this way, you need to give us more money!".

It's hard to say who's the worst.  The NRA-ILA sends money requests by the pound, but I've only donated a little extra when they send their "win 21 guns!" contests (I'm trying to modify their behavior).  The best, in terms of not bothering you, is Samaritan's Purse, Franklin Graham's (Billy's son's) charity.  They actually ask you if you're getting too many mailings and to let them know so that they can pare down mailing lists.

Finally, a tip.  I always check new solicitations against Charity Navigator to see if the charity is rated well.  This isn't always available, for reasons they explain, but they're a good starting point.  And, yes, I've given to them, too. 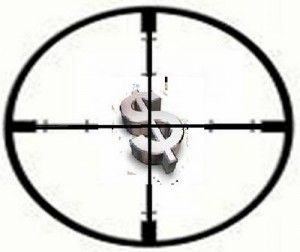