Too Much Time on Their Hands?

Tonight, I want to talk about two news stories that seem different yet seem to me to be the same story with slightly different endings.

Last Wednesday, May 23, a Boulder, Colorado couple were in bed at 3:30 AM, when they heard someone in their house.  At first, they say they thought it was a raccoon or other critter, but soon were startled (and terrified, I assume) to find it was a person.  The owner, Dr. Timothy Justice, a psychiatrist, retrieved his firearm and repeatedly screamed that he had a gun and would shoot.  The invader/prowler/whatever kept pushing farther into the room, shining a light into the man's eyes, effectively making him unable to see the invader.  The man kept yelling he had a gun and would shoot, and eventually did.  When they turned on the lights, they found Zoey Ripple, a very fresh graduate from University of Colorado, sitting on the floor, bleeding, talking on her phone, and, well, almost passing-out drunk (if she had passed out, this wouldn't have happened). The other owner, Dr. Doreen Orion, also a psychiatrist, is quoted in that article:


In a recording of the 911 call, released by police Thursday, an upset Orion told the dispatcher, "Somebody came into our house, and we shot them." She went on to say: "She came in, and we started screaming at her to leave and she kept coming in."

Orion told the dispatcher that the woman was sitting up and talking on her phone after the shooting but seemed "kind of stoned or something" and wouldn't answer questions. 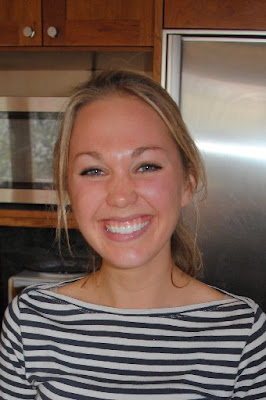 Ms. Ripple was apparently not very seriously injured, although hospitalized for a at least a few days.  In the scale of things that could have happened to her, this is not a bad outcome.

Now let me be the first to say that 40 years ago, a drunk coed walking into my bedroom wouldn't have struck me as a big problem, but that's just a cheap joke anybody would go for.   Especially someone with as poor a taste in joke-stealing as I have.  But this story has lit up the Internet forums, like at The Truth About Guns, where the homeowners are being heaped with scorn.  The crux of the argument appears to come down to the fact that they couldn't really identify the person, they would have realized she was "drunk as a skunk" if they saw her, and that they left an outside door unlocked, allowing her access to the house.

After action analysis of what happened is usually good for us, but despite the forum's keyboard commando analysis, I can't and won't condemn the homeowners.  The unlocked door is irrelevant to me; if you forget to lock the door, does that mean anyone can come in and do anything they want to you?  Not being able to identify the target isn't good, for sure, but I think we all realize that sometimes you don't get to have everything right.  Do you have to take a first shot from the "bad guy" just to be sure it's not just an innocent, wandering drunk?  If anyone is in my bedroom at 3:30 AM, won't stop when I tell them to stop, and keeps shining a flashlight in my face, I will probably do the same thing.  In my case, there are no kids to let in a friend; no large, and nearby source of partiers who might be stumbling around drunk.  As for the idea that a young, pretty girl couldn't be a threat to your life, well, could y'all just read some more, m'kay?

The other case (and trust me, I know where I'm going with this) is the famous disappearance of an Alabama teenager, Natalee Holloway. 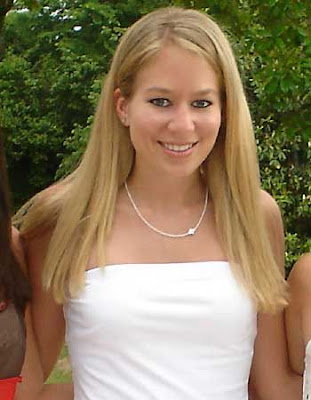 Natalee, as you'll remember if you watch any cable news channel, was on a high school graduation "trip of a lifetime" to Aruba in 2005 and disappeared.  While it appears that she was murdered by a psychotic living on Aruba, Joran van der Sloot, and she has been declared legally dead, no physical remains have never been positively identified as being hers.  The psychotic has confessed to killing her, selling her into sex slavery, and probably half a dozen other things, and then retracted them all.

It's entirely possible that one of the stories he retracted, that he sold her into a sex slave ring, is true.  In fact, at the time of her disappearance, I thought that seemed the most likely thing.  I'm sure everyone has heard that there is a worldwide market in young adults and children as sex slaves, in no small part due the influence of Islam.  Venezuela, about 35 miles from Aruba, is reported to be a hot bed of this crime, and has been for a long time.  Aruba is also 19 miles from Columbia, and the problem is prevalent there, too.

Here is why I see these as the same story with different endings: Natalee is reported to have been very drunk on her last night.  From all accounts I can find, Natalee was good kid; bright, wonderful personality, involved in a lot of school activities, and headed for a bright future.  I couldn't tell you if she drank every night or if this trip was her first time and her last time, but she either ended up as fish food, or in some sultan's "stable" - in which case, by now she'd be 25 and probably disposed of.  It's just that hindsight says it looks like she wouldn't have ended up there if she hadn't been so drunk and retained her faculties.

Likewise Ms. Ripple.  Comparatively, she got off really easily.  She may have a limp for life, or an arthritic hip, but at least she'll have a "rest of her life".  She, too, would have had things go better if she had retained her faculties.

Obviously, I'm not a woman.  Never had a sister, never had a daughter (although "some of my best friends are women!").  But the way we're raising our daughters seems to be slipping.  I'm not going to say they should never drink, but I think both of these stories would not have been stories if about 50% less alcohol was involved.
Posted by SiGraybeard at 9:53 PM