China's Electric Car Dominance? Not So Much

A couple of years ago, New York Times op-ed columnist Thomas Friedman wrote in "Their Moon Shot and Ours" that China was treating the development of the electric car as an equivalent of the Apollo program.  He famously included this phrase, a candidate for one of the Most Wrong Things written:


Sure, the Moore’s Law of electric cars — “the cost per mile of the electric car battery will be cut in half every 18 months” — will steadily drive the cost down, says Agassi, but only once we get scale production going. U.S. companies can do that on their own or in collaboration with Chinese ones. But God save us if we don’t do it at all.

Unlike Times columnists, engineers have to work with what's called "Reality", and in this case China is realizing widely useful Electric Vehicles just ain't happening, yet.  Business Week reports the central planners are cutting their plans for their EV production.  While they planned to be producing half a million cars per year in just 3 years,


"Developers have yet to achieve breakthroughs and will be lucky to sell 2,000 cars this year, mostly taxis. The government has hedged its bets by broadening the industry's official goals to include cleaner gasoline engines," according to a recent Associated Press article on the subject. "Officials including Premier Wen Jiabao started acknowledging last year that progress was slow and developers need to improve quality instead of rushing models to market."

In fact, while the fanbois may be expecting EV development to be growing wildly, it's slowing and going into a decline phase - because the battery technology just isn't there and that just makes the cars not cost effective.  Design News reports:


That may be why EVs and EV batteries aren't doing very well in the US, either. Sales of the Chevy Volt have been slow. Nissan sold 370 Leafs in April, 579 in March, and 478 in February. A123 Systems, an EV battery maker that was granted up to $249 million in funding from the Department of Energy, posted a first-quarter net loss of $125 million and is said to be struggling.

Moreover, as we've reported before, industry analysts expect huge lithium-ion battery gluts over the next few years. Bloomberg News reported recently that venture capitalists are hesitant to lend support for EV-based efforts. "The only thing that would cause America to be all electric cars is to lose the economic trade war with China and have it imposed on us," a venture capitalist told Bloomberg.

To borrow a phrase from Barbie, "Battery design is hard".  China doesn't have any special, magic unicorn poop battery formulas that we don't have. 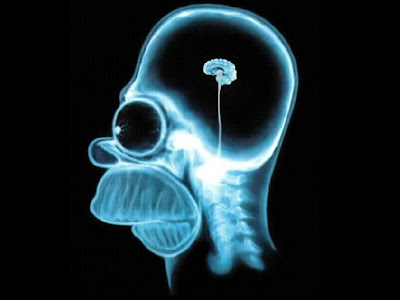 Electric cars kind of suck right now.  To be more polite, you can say they're not ready for prime time.  The idea is tantalizing, but the implementation has a long way to go for, as I said before, anyone who drives more than 40 miles a day or who needs actual power to carry something.