It's getting to be way too old a story and way too repetitive to say the administration is using regulations from government agencies in place of actual laws passed by congress to control behavior it doesn't like.  In this case, according to columnist Katie Kieffer of Town Hall, the administration is using the SEC and specious charges of "insider trading" to try to make Wall Street look bad.

If you're like me, you're probably thinking those brokerages don't need a lot of help to make them look bad.  In truth the markets and speculators are essential features of a good market economy and no economy does well without them.  Obviously, if you're determined to make the free market look like a failed system, though, markets must be made to look worse than they are.

According to Kieffer, the strategy appears to be to blame the financial problems on "insider trading".  There's one major problem with this:


First, there is no definition of insider trading. Dean emeritus of the George Mason University School of Law, Henry G. Manne, tells TIME Magazine: “Neither the SEC nor Congress has ever defined inside information, nor has either succeeded in specifying the level of significance the information must have to be the subject of a criminal violation.”

This surprised me somewhat, as I am required to take a regular refresher course on the perils of insider trading every year (along with Sorbanes-Oxley, diversity, ethics, diversity, workplace ergonomics, diversity, third party Intellectual Property, diversity, and so on) - I naturally assumed there was a good definition of insider trading. The administration seems to be using the "pornography" definition: they don't know what how to define it, but they know it when they see it - and they see it everywhere.

Like all of these vendettas, it requires a Federal prosecutor with bulldog tenacity, political loyalty, and the morals of a "los Zetas" drug cartel chieftain:


In 2009, at the prodding of New York Sen. Chuck Schumer, Obama appointed Preet Bharara to be the U.S. Attorney in Manhattan. Bharara is using unprecedented and unconstitutional tactics to prosecute high-profile “insider trading” cases on Wall Street.

To give an idea of the kind of poor ethics I'm talking about, star prosecutor Bharara is alleging "insider trading" for passing on information which was published in the press weeks before the illegally wire-tapped call was recorded!


Using almost entirely circumstantial evidence, Bharara and the Obama Administration accused Gupta of passing “inside” information to Rajaratnam, including “tips” from an Oct. 23, 2008 Goldman Sachs board meeting. However, Gupta’s lawyer pointed to news articles indicating that the information Gupta shared with Rajaratnam was public knowledge as early as Oct. 13, 2008 and FBI wiretaps indicate that Gupta may have called Rajaratnam to simply “catch up.”

Target of the prosecutorial wrath Gupta is "Rajat Gupta, former head of McKinsey & Co. and a past board of director for both Procter and Gamble and Goldman Sachs."; Gupta is so well respected by his peers that his "...colleagues traveled long distances to offer testimonies of his character and honesty on the witness stand, such as Ashok Alexander, a manager for the Bill and Melinda Gates Foundation, who trekked from New Delhi to Manhattan."

While I don't know much about this story, it's so similar to other stories we've gotten in to over the last few years, that my money is on Gupta being a designated target, and not guilty of anything beyond the technicalities that we're all guilty of every day.  As Katie says,


My assessment is that Gupta is another high-profile victim of Obama’s attempt to deflect blame and sway the public that capitalism is corrupt and more socialist policies (i.e. more government intervention) will solve a government-induced financial crisis. 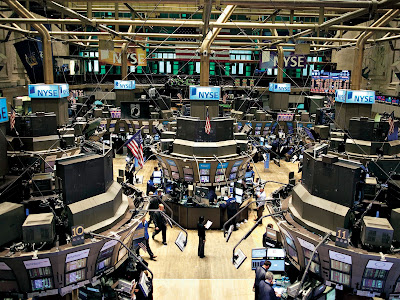