Cleanliness is Next To...

Everyone alive before political correctness strangled our society can complete that phrase: cleanliness is next to Godliness.  Certainly not a true scriptural statement, it's an aphorism I grew up hearing.

Today the "ping pong ball in a clothes dryer" (my way of surfing the web) ended up at a place I'm not sure I've ever been, Had Enough Therapy?, the blog of life coach Stuart Schneiderman, where I encountered the link to an interesting study from Rice University's Graduate School of Business which shows that "Disgusting Environments Lead to Unethical Behavior" .


In a series of experiments, lead author Vikas Mittal and colleagues showed some of the study volunteers images intended to invoke disgust: cat litter, diapers, the bathroom scene from Trainspotters. Afterwards, the participants did a series of tasks that were designed to tempt them into cheating and lying for their own personal gain, and the people who’d seen the gross stuff were more likely to behave badly.

Going to the Rice press release:


“As an emotion, disgust is designed as a protection,” said Vikas Mittal, the J. Hugh Liedtke Professor of Marketing at Rice’s Jones Graduate School of Business. “When people feel disgusted, they tend to remove themselves from a situation. The instinct is to protect oneself. People become focused on ‘self’ and they’re less likely to think about other people. Small cheating starts to occur: If I’m disgusted and more focused on myself and I need to lie a little bit to gain a small advantage, I’ll do that. That’s the underlying mechanism.”

In turn, the researchers found that cleansing behaviors actually mitigate the self-serving effects of disgust. “If you can create conditions where people’s disgust is mitigated, you should not see this (unethical) effect,” Mittal said. “One way to mitigate disgust is to make people think about something clean. If you can make people think of cleaning products – for example, Kleenex or Windex – the emotion of disgust is mitigated, so the likelihood of cheating also goes away. People don’t know it, but these small emotions are constantly affecting them.”

It seems possible that people within the last few hundred years could have noticed that cheating and other antisocial - dare I say, immoral? - behaviors tended to come from people with less than stellar hygiene.  Or perhaps they noticed that people who made the effort to stay clean and wear clean clothes were less likely to cheat them.  It doesn't seem like a long stretch from there to saying "Cleanliness is next to Godliness". 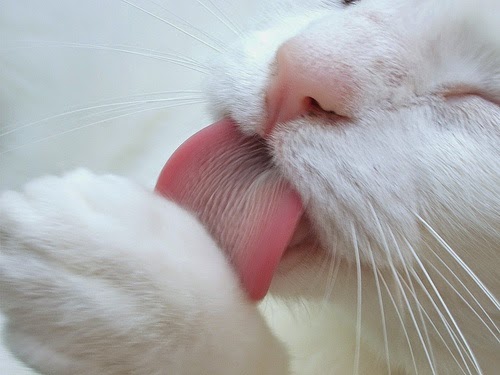 It's common among the Philosopher Kings, like that MIT professor Gruber, to make fun of people without their "elite" education.  It's common for self-described intellectuals to make fun of "old wives' tales" and the wisdom of common people.  Things like this make me respect older societies all the more.