Back When the Federal Reserve Did Some Things Right

The chairmen before Mr. Martin, Marriner S. Eccles and then Thomas B. McCabe,  had to deal with the nation coming out of the Great Depression, entering and then coming out of World War II.  Under the circumstances, the Fed was very accomodative and kept interest rates low, but it was nothing like our last few Fed Chairmen (Allan Greenspan, Ben Bernanke and Janet Yellen).  Martin believed it was the role of the Fed to stay out of things and let a market driven system work.  He believed the role for the Fed should be to counter whatever the economy was doing; to moderate market forces by exerting a little countercyclical pressure.  If the economy was contracting, he thought the Fed should ease conditions to try to get it rolling again.  If it was growing too fast, he thought the Fed should be a resistance.  Perhaps his most famous metaphor was:


The job of the Fed, he said, was to “take away the punch bowl just as the party gets going.” In other words, raise interest rates just when the economy starts to enter an unsustainable boom.

In February of 1951, with the inflation rate running at 8%, President Truman called Martin and the entire Federal Open Market Committee into the oval office to pressure them to keep rates low (turns out "give 'em hell Harry" liked inflating economies as much as later politicians).  Martin refused Truman's "requests" and raised rates from just under 1% to almost 4% at the start of the 1960s.

Twenty years after that, the economy had suffered through the abandonment of the gold standard, transitioning to a fiat currency based on debt, the '70s OPEC oil embargoes, and inflation hitting over 20% at times.  Enter Paul Volker, who saw the need to bring that under control.  But inflation always has friends and cutting it is painful.  In 1980, Paul Volker spoke to the nation:


After decades of inflation, many of us, more or less comfortably, have adapted our business and personal lives to the prospect of more inflation.

We count on capital gains from inflating house and land values as a substitute for real savings. We assume our competitors will match our aggressive pricing policies, and will also accede to high wage demands. We take comfort in our purchases of precious metals, art, and more exotic "collectibles" – or envy those who did buy – and are tempted to project essentially speculative price movements into the great beyond.

But none of this sense of accommodation to inflation can be a valid excuse for not acting to deal with the disease.

To stretch Martin's original metaphor, getting inflation under control would mean taking away not only the punch bowl, but also taking the entire buffet and open bar of money and credit on which the markets feasted.  But Volcker did not back down.  In June 1981, he dosed the economy with a 19.1% federal funds rate; in a few months, the fever was broken.

Of course, today's situation is unlike that faced by either William McChesney Martin or Paul Volker.  Instead of raging inflation, we have an economy that's in a slow-motion deflation.  Despite creating trillions of dollars in an effort to get growth, all the Fed has been able to do is create an overvalued stock market with inflated prices due to the vast quantities of money available to bid up prices.  The much vaunted Federal Reserve Bank has had about as much effect on the US and world economies as the Bank of Japan and their policies have had on reversing their problems since their stock market collapsed in 1989.

Janet Yellen is more like Haruhiko Kuroda of the Bank of Japan than either of those previous Fed heads.  In truth, Yellen seems more like an elitist, even collectivist, who thinks she knows better than the billions of transactions that make up the markets.


Where Mr. Martin had insisted that dictating interest rates was “inconsistent with… a private enterprise system,” Ms. Yellen saw no inconsistency at all.

Where Mr. Martin saw the need in a great emergency – World War II – to depart from market-set interest rates, Ms. Yellen is ready to leave the market behind at the drop of the Dow.

And where Mr. Martin and Mr. Volcker both went resolutely about their work, Ms. Yellen seems unsure.

A year ago, she said she would normalize rates “only gradually”… and that, although she had the “macro-prudential regulatory and supervisory tools” to do the job, investors should not expect miracles.

Nor did they receive any. In the 12 months that have gone by since her speech, only 25 basis points (even sparrows refuse to bend to pick up such trivial morsels) is the total of her niggardly gift to savers.

To borrow an old joke, Mrs. Yellen has two chances to fix this: slim and none.  And slim done left the dance already.  Central bankers might be able to make tiny movements of economies, but they seem to be more capable of stopping inflation by shutting off lending than they are capable of starting growth.  If no one is able to buy because they're in too much debt and can't make the payments, it doesn't matter if the interest rate is low.

The answer, of course, is that economies live and breath.  They expand and they contract like some sort of breathing.  Looked at that way, the central banks are trying to keep the patient inhaling so their lungs expand forever.  That just can't happen.  Cycles end and new cycles start.  At least at some point in history, we had Fed chairmen who realized that it wasn't possible to prevent those cycles and it wasn't even their job. 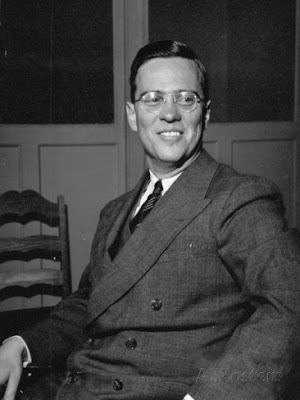