Laugh of the Day

According to the Mail (UK), we find that customers buying an "organic soap" bar for over $9/bar are finding it's a bit more natural and organic than they had in mind.  Or they didn't understand the meanings of those words. 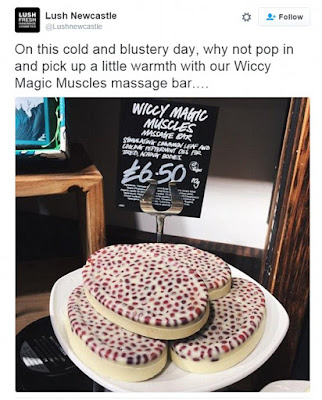 These "Wiccy Magic Muscles Massage Bars", made by Lush Handmade Cosmetics, are studded with organic Aduki Beans, and made from ingredients including Shea butter, cinnamon leaf oil, peppermint oil and coconut oil.  Users are finding that the beans fall out of the bar after a little use and are starting to grow in their showers and other facilities.  And they're shocked.  Shocked! 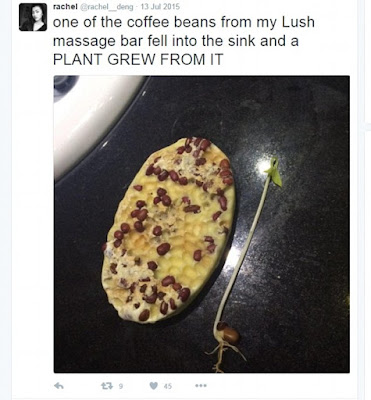 
In a hilarious thread posted on the Tumblr page S*** I See On Twitter, one amused social media user explained that they gained 'a little friend' to keep them company after they were given the massage bar as a present.

They said that once they had stopped using the product, the Aduki beans began falling out.

They then 'kept kicking' the leftover beans down the drain - only for a small plant to begin growing out the plughole days later.

Showing considerable decorum, Helen Ambrosen, Lush Co-Founder and Product Inventor, said, 'The results you get just go to show how fresh the ingredients really are.' Another spokesperson from the handmade cosmetics chain added: 'At Lush we love a refreshing shower and a healthy salad, but we agree that it's probably best to keep the two separate.'

The aduki bean seems more commonly known as adzuki, at least on this side of the Atlantic, and is widely used as a food in the orient and into Africa.  They're often eaten as sprouts, not quite as large as the plant in the second photo above.  The plants typically grow to two feet tall, although probably not in shower plugholes - as they say in the UK.