Interest Rates Are Never Going to be Normal Again

Well, that may not be strictly true.  They're just not going to go back to being normal, market-driven rates until after the current system of rates set by fiat collapses.  The Federal Reserve will NEVER return interest rates back to normal on their own.

You may have heard a bit of buzz this week that the Market is now up for the year.  On Wednesday, the Fed said they were going to stay the course on the interest rate increases they ordered in December (while not raising them farther).  That was seen as positive sign to the markets and indices went up by the end of the week.

The problem is that the entire world the central banks have created is fake.  Why should a handful of technocrats, whether Janet Yellen and the Fed or Mario Draghi and the ECB, know better than the billions of decisions of the free market what the rates should be?  Figuratively, the Zero Interest Rate Policy of the last 10 years has been to the economy like keeping delicate plants in a temperature controlled greenhouse, pumping the air full of CO2 and the soil full of fertilizer.  Yes they'll grow, but if you remove the prodigious amounts of Miracle-Gro and CO2, they'll die back because they've grown bigger than can be supported in a normal environment.  They may simply die.

By analogy the financial "plants" that grew up in that ZIRP environment are grotesque mutants that require huge doses of liquidity, not liquid fertilizer.  They won't be able to survive a change of financial seasons.

What those financial plants need is a correction, just like actual plants need to be pruned back.  Market corrections are necessary for real free markets to work properly.  Excess debt must be purged out of the system. That’s what credit cycles, bankruptcies, and depressions are for.  “Normal” includes market corrections, but the feds can’t let it happen.  They've staked their lives and livelihoods on pumping up growth.  In a way, they're like court alchemists whose lives are on the line because they convinced the kings they can turn lead into gold and there hasn't been any gold forthcoming.

Bill Bonner puts it this way:


In a normal, healthy economy, people work, save, invest, and build real wealth one dollar at a time. But today’s dollar is different. And the economy is different, too. It runs on credit, not real savings, and builds debt – not wealth.

Instead of encouraging savings – which is what you need to make progress – it penalizes thrift. Over the past 10 years, U.S. savers have lost nearly $8 trillion, extracted from them by the Fed’s ZIRP.

While savers were punished, borrowers were rewarded.

Since 1980, the U.S. economy has added about $50 trillion in excess debt – above and beyond the real output that can comfortably sustain it.

This $50 trillion came not from honest work and saving. Instead, it was conjured up by banks – out of thin air.

And now, the productive Main Street economy must pay interest… and principle… on that debt – effectively extracting real wealth from the real economy and sending it to Wall Street and other favored industries.

The scam is so elegant that not one person in 1,000 understands how it works. We’ve been studying it for years, and we’re still in awe. But the result is obvious: Honest working people struggle to stay in the same place, as real wealth goes to the elite.

I've been singing this tune since I started this blog in 2010.  The central banks are actively attacking savers - and probably literally killing some people trying to live on savings.  Their policies can no more create real growth in an economy than you can create more pizza by cutting the same pie into 16 slices instead of 12.


Central banks destroy the real economy with cheap money and extractive policies. Then, as the economy slumps, they need to bring their policies in line with the slumping economy. They need to swear off raising rates back to normal.


Eventually, normal will make a comeback. But not because the Fed wants it. Instead, the markets will normalize – brutally ­– over the Fed’s dead body… 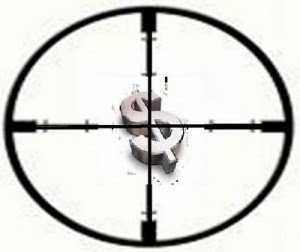