According to The Economist Government Debt Clock, the total government debt issued by the world is $55.6 Trillion.  Those bonds are issued for different periods and in any given year, some reach maturity and go off the books, and new debt is issued.  In the last year, approximately $20 Trillion in new debt was issued.  Of that $20 Trillion, $7 Trillion is at negative interest rates.  That is, for around one third of all government debt issued last year, the buyers will pay for the privilege of loaning money to the issuing government.

Last October, I warned of a "coming crisis in subprime car loans". This week Newsmax reported delinquencies on subprime auto debt packaged into securities reached a high not seen since October 1996, as late payments continued to worsen in February, according to Fitch Ratings.

The number of car borrowers who were more than 60 days late on their bills in February rose 11.6% from the same period a year ago, bringing the delinquency rate to 5.16%, Fitch wrote Monday in a report. During the financial crisis delinquencies peaked at 5.04%, Fitch wrote.  Worse than the crash of 08/'09?  That's ... peachy.

Just a couple of interesting facts I ran across.  They're kind of grim.  You can decide how this factor will affect them. 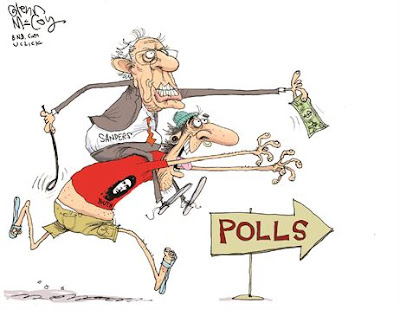