I never signed up for Twitter, but I don't subscribe to any social media sites (well, technically I think blogging is considered social media), so no Twitter or Gab for me yet.  Even though I'm not a Twitter user, I've heard of Twitter treating users with conservative viewpoints as second class citizens.

Today I see in the news that the dependably pompous liberal a**hole Prime Minister of Canada, Justin Trudeau, released a statement expressing "deepest condolences" at the death of former Cuban President Fidel Castro, calling him a "remarkable leader".  Elsewhere, he called Castro "a legendary revolutionary and orator" who "made significant improvements to the education and healthcare of his island nation."

Twitter then erupted in #TrudeauEulogy, making fun of it. 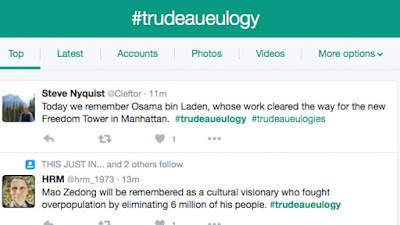 Being somewhat fond of puns, I enjoyed this: 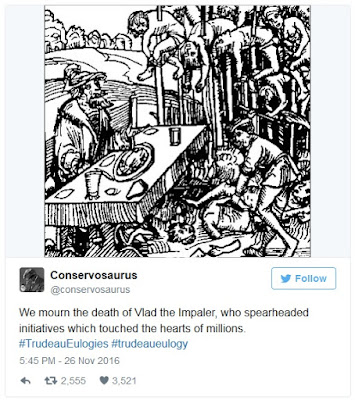 and nerd points for this one... 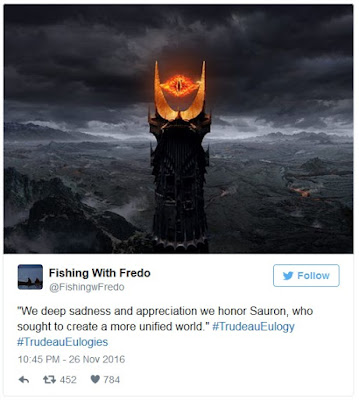 There are more at the Blaze and the Week.   I'm sure there's more elsewhere, especially if you're on Twitter and look for the #TrudeauEulogy hashtag.