A quiet little story that ran across the headlines this weekend is Bill Gates saying that robots that take humans' jobs should be taxed.


Right now, the human worker who does, say, $50,000 worth of work in a factory, that income is taxed and you get income tax, social security tax, all those things. If a robot comes in to do the same thing, you’d think that we’d tax the robot at a similar level.

And what the world wants is to take this opportunity to make all the goods and services we have today, and free up labor, let us do a better job of reaching out to the elderly, having smaller class sizes, helping kids with special needs. You know, all of those are things where human empathy and understanding are still very, very unique. And we still deal with an immense shortage of people to help out there.

Now Gates, bless his heart, seems not to understand that social security tax isn't supposed to be part of the general revenue stream (not that congress seems to understand that either), but the idea seems to be a bit of "outside the box" thinking about how we get from where we are to the Star Trek future.  It's rather big-government in its thrust, in the sense that he recognizes it's not really the purview of corporations to worry about the societal disruption of replacing employees with machines.

A fundamental principle of sane economics is that if you want less of something, you tax it; hence we tax cigarettes, liquor, and people working for a living.  (Wait.. whut?)  Technology has been advancing at an increasing rate all of my life, and now fairly sane people are saying that robots will be taking over just about all jobs in the next 25 years or so.  Raising taxes on robots would undoubtedly dramatically slow down that shift, if not completely shut it down.  Gates doesn't give a mechanism, such as whether it would be a one time tax at purchase or somehow structured to look more like income tax.  Since robots don't earn income (one of the reasons they're attractive), there's no income to tax.  The only income would be a marginal increase in profits the companies might get, if any.  Is he suggesting a corporate tax?  Corporations don't pay tax: they add it to overhead portion of the price they charge.  That's something he should know.

To his credit, Gates seems to be aware that taxing robots would be a disincentive to the expansion of robotics.


“You ought to be willing to raise the tax level and even slow down the speed” of automation, Gates argues. That’s because the technology and business cases for replacing humans in a wide range of jobs are arriving simultaneously, and it’s important to be able to manage that displacement. “You cross the threshold of job replacement of certain activities all sort of at once,” Gates says, citing warehouse work and driving as some of the job categories that in the next 20 years will have robots doing them.  [Bold added - SiG]

We could get into a reasonable discussion of just what a robot is. For example, I think of my CNC machines as robots in the sense that I program them to do things I might be doing manually, and CNC machining centers have been the mainstay of production machine shops for decades.  They aren't robots in the cute anthropomorphic sense, like we see in the movies or on TV.  It begs the question of what Gates wants to tax.  Pick and place machines that have been building electronics assemblies for 30 years?  The robots car manufacturers have been using since, oh, forever?  What about household appliances, like a washing machine or dishwasher?  There used to be people in society who did laundry by hand, and they were replaced by the home washing machine.

As I wrote in December, the historical trend of robots vs. employment isn't what most people think.  In general, the number of jobs has gone up with the number of robots, not gone down.  In general, more automation has been a good thing.  My perspective on the much-cited idea that robots will soon be doing everything is that if the math doesn't work, it's not going to happen.  Gates seems to be forcing the world to comply with what he thinks it ought to look like, and I don't think it will work. 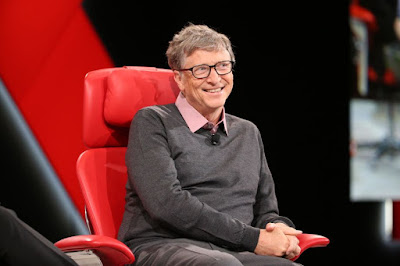