QoTD - An Excerpt From Come and Take It by Cody Wilson

Way back in October, I'd mentioned that I had gotten Cody Wilson's book, "Come and Take It".  I didn't find it terribly interesting or a particularly compelling read, but let me skip the book review and get right to the quote in question.  Of the roughly 300 pages, this exchange is the one that sticks with me.  It's about how the people who survived communism had something important destroyed in their souls.

As setup, Cody is in various places in Europe working on raising funds to get Defense Distributed enough funding to complete the liberator pistol.  Shortly before leaving he has a late night talk with a former American, Mike, who has renounced his citizenship and left the States.


"These Slovaks," I said.  "I mean, it's a hideous race, isn't it?  You see it in how they walk,how they carry themselves.  Defeat is just bred into them."

"I think it's fair to say the legacy of State communism here today is with the people who are past middle age, generally fifty plus, if they're not part of the ruling elite.  They've learned a mentality that's beaten down, subservient.  No initiative, " Mike said.

His eyes searched around while he dragged on the cigarette he'd just lit with the butt of the first.  "But they've taught this to their children".

Frankly, I find that heartbreaking.  More so than the other trials and problems Wilson went through in the book.  Millions of people, and millions yet to come have had something vital, something central to being human, sucked out of their souls by communism. 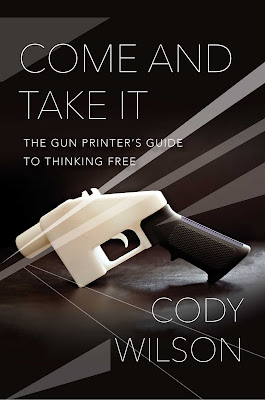