But Why Would You Want One?

If I ever mention to friends that I built a large CNC metal working machine, and that it's actually the third CNC piece I own, I inevitably get a question like that title.  What would you want one of those for?

While I'm not particularly interested in doing this, one guy from the Sherline CNC Yahoo Group posted a summary of a major project that's just a lot of fun to look at.  It's a model replica of a Terminator T800 arm and hand. 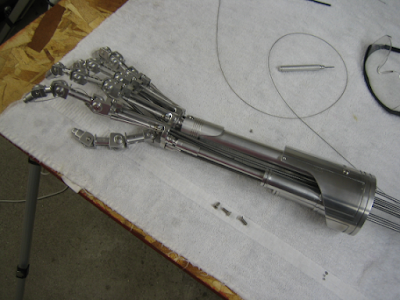 Lots of details the website, including more articles full of details on how he built it.

Not your cup of tea?  How about an Orrery? 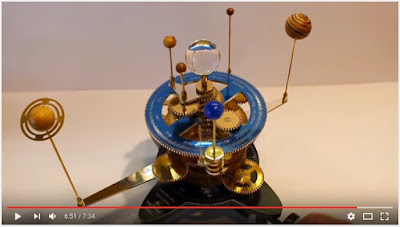 As you can see, that's a screen capture from a 7-1/2 minute video by Ken Toons of his construction of an orrery of the planets known to the ancients - just out to Saturn.  Turn the handle and watch their relative motions.

I've talked about using the machine to work on some 1911s or other guns, but it's not very financially smart to build a $2500 or $3000 machine to make one $1000 gun.  Perhaps more than that because parts seem to be expensive when bought this way.  But this is really more my speed. 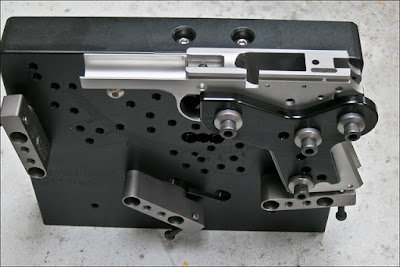 Not sure where I got that.  It was just a picture on Pinterest.  Actually, I'd like to know where to get the fixture or plans to make one!

Of course, these things are pretty cool to me, too.  I posted this video back in 2015:


I call those "external combustion engines" because the flame is outside the cylinder and it just operates by inhaling hot air and letting it cool.   One of those might be happening.