I ran across word on PJ Media that Secretary of Defense Mattis has recommended the appointment of Anne Patterson to be the Undersecretary of Defense for Policy.  The author of that piece, Raymond Ibrahim, went so far as to call her a Muslim Brotherhood Stooge.  Is she really a Brotherhood stooge, or is she just a career State Department wonk who was in Egypt at that time?

Becoming Undersecretary of Defense for policy would make Patterson the third highest official in the Pentagon, and the only one of the top three (the other being Deputy Secretary Robert Work, an Obama appointee holding over until he's replaced) to not be a retired career officer.  Politico describes the problem this way:


As ambassador to Egypt between 2011 and 2013, Patterson worked closely with former Egyptian President Mohammed Morsi and his Islamist government. She came under fire for cultivating too close a relationship with the regime and for discouraging protests against it -- and White House officials are voicing concerns about those decisions now.

The emphasis of the Politico piece is that Mattis keeps nominating people whom he knows and has some regard for, and the Trump administration keeps refusing them.  Middle East Briefing seems to back that up, at least partly, simply reporting that Mattis and Patterson worked together when he was still a general.


General Mattis’ choice of Patterson for the top policy post at the Pentagon is the result of their close working relationship when Patterson was serving as Ambassador to Pakistan from 2007-2010, and later during her posting in Cairo. General John Kelly, the Secretary of Homeland Security, who headed the U.S. Southern Command before taking the Trump cabinet post, and is a close collaborator of Defense Secretary Mattis, also knew of Patterson’s earlier career as Ambassador to El Salvador (1997-2000) and Colombia (2000-2003). She served, briefly, in Colombia during the presidency of Alvaro Uribe, who took a hard-line stance against the FARC (Armed Forces for the Liberation of Colombia). As head of Southcom, General Kelly had been a strong promoter of aggressive action against the Colombian drug cartels, including the leftist FARC.

The PJ Media piece is more negative about Patterson.


Back during the months leading to the June 30, 2013 revolution, Patterson -- the “Brotherhood’s Stooge” as she was called by all, from news analysts to the Egyptian street -- was arguably one of the most hated individuals by the millions of Egyptians who took to the streets against Morsi and the Brotherhood. Not only did her face regularly appear next to Obama’s in placards; it sometimes appeared alone, indicating just how closely she was seen as supporting the Brotherhood. 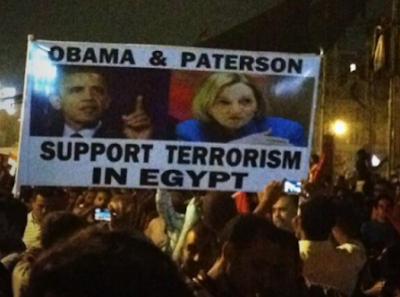 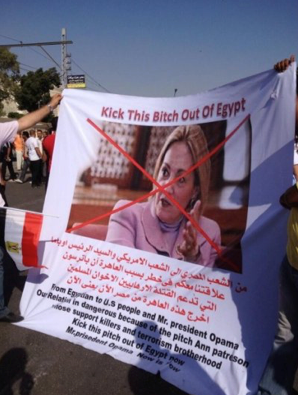 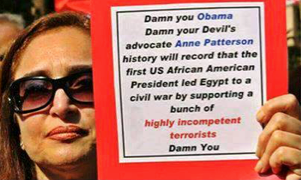 There are more of these, as well as quotes from Egyptian sources who seem to be uniformly against Patterson.  There are allegations that she's Muslim Brotherhood agent, and more.  Is it just because she was the visible face of a very unpopular Obama policy?

As I mentioned, Politico seems to emphasize the conflict between Trump and Mattis, saying that several of his appointments for assistants have been refused.


The skirmish surrounding Patterson’s nomination is the latest in a series of personnel battles that have played out between Mattis and the White House, with each side rejecting the names offered up by the other while the Pentagon remains empty. The White House has yet to nominate a single undersecretary or deputy secretary to the Defense Department, while Work, Mattis’s deputy, is an Obama administration holdover who only agreed to stay on until the secretary taps a deputy of his own.

...
But it is Mattis who’s dug in most stubbornly, insisting on staffing his own department. “Mattis is a guy who cares very much about personnel,” said a Mattis friend. “He doesn’t want people off the tracks that he has laid down and that he’s running his train on.”


The harshest criticisms of Patterson center on her close relationship with Egypt’s Muslim Brotherhood (MB) and their former President, Mohammed Morsi, when she was Ambassador in Cairo from 2011-2013.

It's being reported that Trump and the administration are opposed to Anne Patterson's nomination, and they will probably win that argument.  My respect for Mad Dog Mattis leads me to believe that if he feels he can work with her and trust her, that's probably adequate vetting.  On the other hand, everyone makes mistakes.  It really comes down to the question of whether Anne Patterson is really a Muslim Brotherhood supporter, or is she just a career diplomat handed a crappy job and trying to make her boss look like not-quite so big an idiot as he is?  Yet another question looming is if there will be Brotherhood ties into the Trump administration as there were into Obama's, where they were apparently embedded from top to bottom. 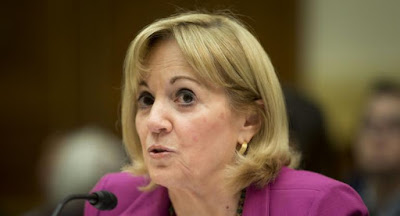