U.S. District Judge Derrick Watson also said Hawaii would suffer financially if the executive order blocks the flow of students and tourists to the state and concluded that Hawaii is likely to succeed on a claim that the ban violates First Amendment protections against religious discrimination. 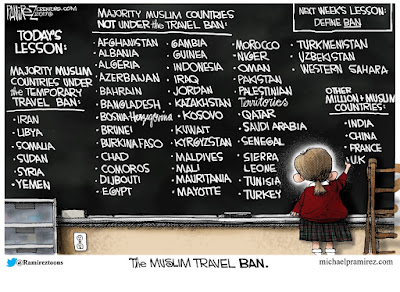 Seems like such an effective ban on muslims when you look at it that way.  Why, it must be inconveniencing something like 1/1000 of the possible muslim immigrant population.  How dense does one have to be to see that as an attack on a religion?


Watson was nominated to the federal bench by President Barack Obama in 2012 and is currently the only Native Hawaiian judge serving on the federal bench and the fourth in U.S. history. He received his law degree from Harvard in 1991.

An Obama appointee from Harvard?   That's like the density of a neutron star.