That's essentially what Paul Ryan said last Friday when they pulled the vote on Obamacare (because they didn't have enough yes votes to win).


"We were a 10-year opposition party where being against things was easy to do," a clearly disappointed Ryan said Friday. "And now, in three months' time, we've tried to go to a governing party, where we have to actually get ... people to agree with each other in how we do things."

"I can't!  It's too hard!  I don't know how!"  What would happen to you if you made that argument at work?  Would it fly or would you be fired?  In my experiences, not just engineering but everything I've worked in, you wouldn't get fired for not knowing how to do something, you'd be fired for not trying to do it anyway.  Taking that view says to fire all those politicians up there for not trying, not for failing.  If only I could.

I see a lot of blame being thrown against the House Freedom Caucus for stopping it; Trump going so far as to Tweet:

That's typical, crappy thinking.  If two sides can't come to an agreement, why only blame one side?  Unless, of course, you're on the other.  That implies the typical RINOs in the house who don't agree with the more conservative Freedom Caucus are without blame.  That can be seen from both sides; why not blame the Establishment RINOs?  Except that Trump has historically been more like a progressive than a constitutionalist.   Did anyone voting for Trump think he was a real constitutional conservative?

In one of the best blog posts I've read in quite a while, ASM826 co-blogging over at Borepatch's place wrote on this whole mess.  Tying together the bread lines in Venezuela and maddening urges to socialize the health care system in the US, he begins:


I have given up, for the most part. I think that WesternCiv has reached the event horizon and there is no recovery. I think it happened somewhere in the last 30 years, as we allowed the debt to grow, failed to address the external threats, and used the education system to raise a generation of socialists.

Likewise, I've given up, for the most part.  I don't know if all of WesternCiv is going to collapse, but it looks like a safe bet.  I'd say it was farther back than 30 years ago; in fact, the trajectory may have been set by World War I.  Europe is collapsing in front of our eyes, being washed away under the tide of an Islamist invasion.  This country, the last, best, hope for freedom in the world is going to collapse into a socialist hell hole.  Back in the middle of the Obama years, someone said the problem wasn't Obama it was a nation that would vote for him twice - even after seeing his policies and actions for the first four years.  It's the same reason we're headed for collapse into Venezuela North: voters don't see the real reasons there are problems; they're incapable of seeing cause and effect clearly.  Just like the way the Venezuelan Government blames the shortages of flour on bakers, the "generation of socialists" can't see that the problems they perceive in society are caused by the big-government policies they keep asking for.

It's a truism in politics that once giveaway programs are started, they're tough to roll back.  One explanation is that people who get a benefit are more vocal about having it taken away than the people complaining about being taxed to pay for it.  The longer they get those benefits, the harder it gets to end them.  Plus, big entitlement programs in our country have usually passed on bipartisan support, unlike Obamacare.  The fact that O'care hasn't been in place long and that it was passed only by Democrats should have made getting rid of it easier, but it was designed from the ground up to be hard to get rid of.  You've heard some of the talk about the process of reconciliation and other processes they're trapped into going through.

In my view, in letting this opportunity to get rid of it slip away, the Stupid party is committing another big stupid.  Witness this quote:


"The president has also said that when Obamacare does ultimately explode, which it will, we are going to be prepared to lead again and if Democrats come on board with a plan down the road, we will welcome that," said Priebus.

Trump has said that when Obamacare "does ultimately explode" the people will blame it on the Democrats.  I don't think so.  The "generation of socialists" ASM826 talks about will blame it on the Evil Insurance Companies and demand single payer (socialized medicine), allegedly part of the intent of O'care since day zero.  They'll blame it on the Stupid Party because "they touched it last". 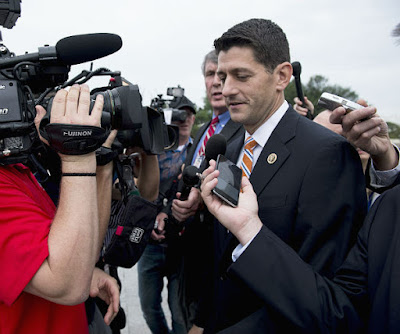